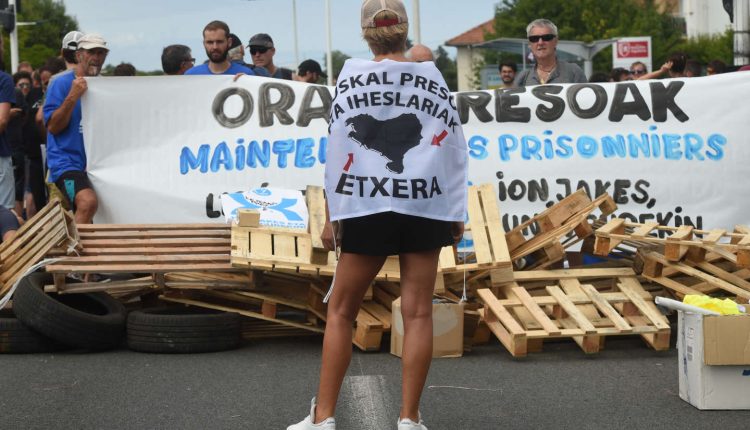 The Paris Court of Appeal, Thursday, September 22, responded favorably to the request for conditional release of Jakes Esnal and Ion Parot. Of French nationality, these two former members of the Basque separatist organization ETA had been sentenced in 1997 to life imprisonment by the French courts alongside other members of ETA, notably responsible for the attack on the garrison. of Zaragoza (Spain) in 1987, which left eleven dead. In mid-October, they must begin a probationary period. Under electronic surveillance, they will be assigned to residence and will have to compensate the civil parties.

The judges’ decision was welcomed by most elected officials and mayors of the Basque Country, including MoDem deputy Vincent Bru, or that of Nupes Iñaki Echaniz. Even approval of senators Max Brisson (Les Républicains), Frédérique Espagnac (PS) or Denise Saint-Pé (MoDem). The MoDem president of the Pyrénées-Atlantiques departmental council, Jean-Jacques Lasserre, talks about him “a satisfying decision [qui] goes in the direction of more peaceful relations in the Basque Country”. Jean-René Etchegaray, Mayor of Bayonne and President of the Basque Country Agglomeration Community, explains: “French justice takes note of what the peace process in the Basque Country has been since the Aiete conference in 2011. This decision opens the door to transitional justice”, hopes one who is also a lawyer. For its part, Covite, a Spanish association supporting ETA victims, expresses some reservations but declares that it respects the decision of the French courts.

Read also: Article reserved for our subscribers The status of Basque detainees has been reduced, but not the execution of their sentences

The two ex-members of ETA had been arrested in 1990. They were part of the itinerant commando called “Argala”, which perpetrated a number of attacks in Spain, mainly against police officers and civil guards. These two men, aged 71, have accumulated 32 years of imprisonment to date.

Until now, the requests for release had not prospered, the magistrates invoking in particular “a risk of recurrence” or even a disturbance to public order. Today the context appears different: ETA ceased its armed actions in 2011, a few days before the “peace conference” of Aiete in San Sebastian, a Spanish Basque city where international personalities had met under the presidency of Kofi Annan, former UN Secretary General. Then, ETA dismantled its arsenal in 2017 before disbanding the following year. At the same time, activists and elected officials have continually acted for the release of Basque prisoners, as on July 23, by trying to block the Basque Country or at least its axes of circulation.

You have 29.99% of this article left to read. The following is for subscribers only.

Budget: the majority wants to extend the safety net for local communities