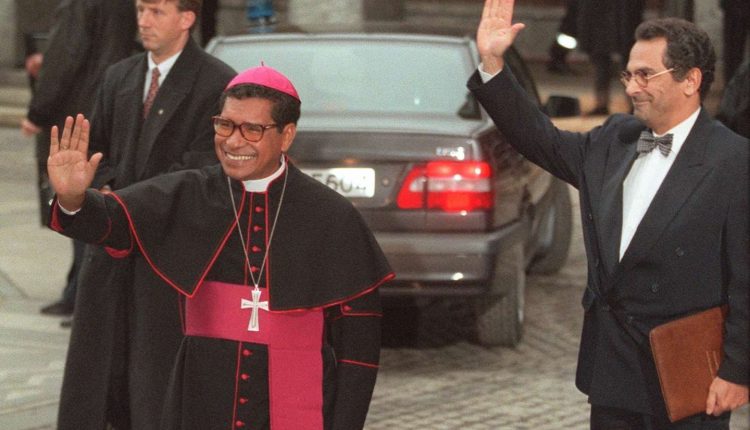 New accusations of pedocrime shake the Vatican. The person incriminated this time is none other than the co-winner of the Nobel Peace Prize in 1996. Carlos Filipe Ximenes Belo, then bishop of Dili, the capital of East Timor, was rewarded for his role in the fight against the violent Indonesian occupation of the former Portuguese colony, which will become independent in 2002. The other Nobel Prize winner of that year, José Ramos-Horta, is now President of East Timor. The case was revealed by the Dutch weekly De Groene Amsterdammer.

Questioned by the Associated Press agency, the head of the Vatican press office, Matteo Bruni, indicated, Thursday, September 29, that the congregation for the doctrine of the faith 8, the Roman organization to which the sexual assaults are traced – has summer “entering for the first time [du cas de Carlos Ximenes Belo] in 2019 » and “the accusations received concerning the behavior of the bishop” had led her, in September 2020, to him “impose certain disciplinary restrictions”among “prohibition of voluntary contact with minors”, “limitations in his movements and in the exercise of his ministry” and “Contacts with East Timor”. These measures have been “modified and enhanced” in November 2021.

Read also: Article reserved for our subscribers In East Timor, the return to the presidency of Ramos-Horta, favorable to Chinese investments

The testimonies presented by the Dutch weekly mainly concern the 1990s. They come from two men, now aged 42 and 45, and who were between 14 and 16 at the time of the events, who allegedly occurred separately. Both say they were invited at the time by the bishop to join him in his residence. For young boys whose families suffered the atrocities of the Indonesian occupation – from 100,000 to 200,000 Timorese will lose their lives there, victims of violence, epidemics or hunger – such a distinction was an honor. Named head of the Timorese Church by John Paul II in 1983, when he was only 35 years old, was not the prelate, even before his price, in addition to the bishop of the capital, a a prestigious figure in the defense of human rights and the struggle for self-determination?

Both “Paulo” and “Roberto” claim to have been held back by the bishop until it was too late for them to return home. The clergyman then offers them to spend the night in his room. Both will be violated there. For the second, the aggressions will reproduce themselves thereafter. “Early in the morning he sent me away, says Roberto. I was scared because it was still dark. So I had to wait before I could go home. He also left some money for me. It was to keep me quiet. And to be sure that I will return. » “The money we needed so badly”, adds Roberto, whose family is plunged into poverty. The two men say they know other victims of their attacker.

You have 34.94% of this article left to read. The following is for subscribers only.