Cannes Film Festival: the couple who put the “colleuses” at the top of the bill 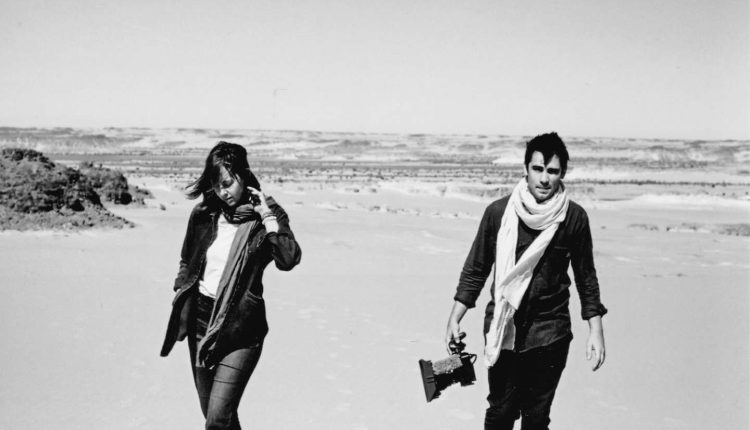 Since 2019, on the walls of metropolitan areas and the storefronts of small towns in France, messages pasted, letter by letter, all black on a white background, challenge passers-by against gender-based violence. Marie Perennès and Simon Depardon set out to meet the young women who, at nightfall, stick these poignant and hard-hitting slogans.

“We are not going to reduce the number of feminicides in France in 2022, but we want to bring our little stone to raise awareness. » Marie Perennes

From their tour of ten cities in France, the couple shot feminist response, presented on May 22 at the Cannes Film Festival as part of the Special Sessions. A documentary film, joyful and dark, which voluntarily ignored the violent tensions which tore the movement apart in 2020 on the transsexual question. “The media talked a lot about the dissensions but in our experience and in our encounters, it was not dominant or essential”, justifies Marie Perennes.

Read also: “To murdered women, the indifferent homeland”: the “gluers” of posters want to make visible the victims of feminicides

Photo specialist and curator at the Cartier Foundation, where she has just signed the retrospective of the Mexican photographer Graciela Iturbide after having been co-curator of the exhibition “We the trees”, Marie Perennès, 30, has a militant streak.

In June 2020, at the end of the first confinement, the young woman, marked by the #metoo movement, discovered a first collage at the foot of the building where the couple lives, in the 15and district of Paris. Two days later, she accompanies some gluers and affixes her first message, borrowed from the author Virginie Despentes: “Privilege is having the choice to think about it or not. In the street, I cannot forget that I am a woman”, taken from his letter to a “white friend”.

The desire is quickly imposed to dedicate a film to these young activists who stand up against the patriarchy. A film that assumes itself as feminist, militant and committed, giving no voice to any man. A cinema film and not a doc for TV, so that it “stay more in time”. This film, they conceive it as that of a woman and a man, her companion, Simon Depardon, 31 years old. It even engages the whole family since it owes a lot to the determination of their producer, Claudine Nougaret, who for twenty-five years has shared the life of photographer and documentary filmmaker Raymond Depardon, Simon’s father.

To carry out this project, the young couple had to overcome their own doubts. “The Deception Syndrome”for Marie Perennes, whose Feminist response is the first try behind the camera. As for Simon Depardon, he must accept the inevitable comparison with Raymond, this master of the cinema of the real who documented everything, France of course, from every angle, the Indians of Peru, Biafra or even Soweto… From the father, the young Simon inherited the faded blue eye, the passion for reality, the obsession with the right tone: to film at the level of a man or rather in this case a woman. Set up the tripod at night while the splicers are busy, so as not to “not to add emotion to the anguish”. Keep the camera on your shoulder for crowd movements and demonstrations, to best capture the insurrectionary momentum.

You have 44.05% of this article left to read. The following is for subscribers only.