Burkini: the municipal opposition of Grenoble announces to file a complaint against the mayor, Eric Piolle 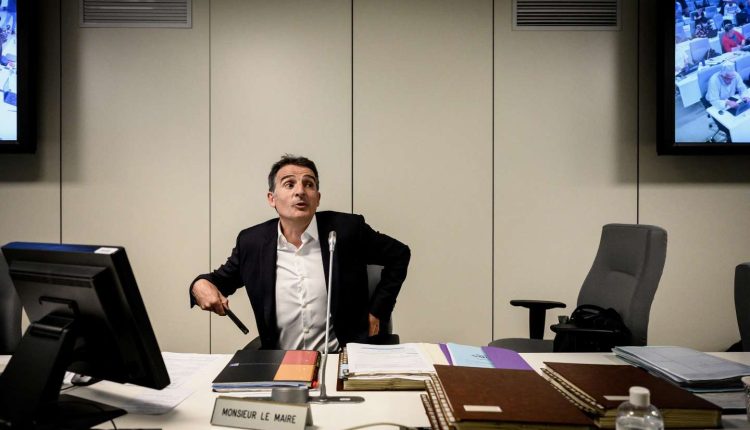 The question of swimsuits never ceases to agitate the municipal council of Grenoble. The opposition to the ecologist mayor, Eric Piolle, declared, Friday August 12, to have filed a complaint against him, on the grounds that the dress policy in the swimming pools of the city contradicts, according to it, the recent decision of the Council of State, prohibiting wearing a burkini.

“It is up to any public body to ensure the neutrality of the public service”, declared to Agence France-presse (AFP) Alain Carignon, former mayor and president of the municipal opposition group “civil society, various right, center”. According to him, “Eric Piolle contravenes the decision of the highest French administrative court” while having “expressly authorized the intrusion into the Grenoble swimming pool of women in burkinis”July 28.

On the contrary, the mayor considers that the authorized entries into the municipal swimming pools – on this day in particular – are in accordance with the decision of the Council of State, prohibiting the female combinations intended for Orthodox Muslims – with skirt – but not the combinations adjusted to the body. The entry of three women in fitted coverings into the Jean Bron swimming pool sparked an outcry in the municipal opposition at the end of July, with floods of reactions on social networks.

At the time, the town hall had affirmed that everything was done in compliance with the decisions of the administrative court and the Council of State concerning the rules of its municipal swimming pools, since the authorized covering swimsuits did not have skirts, and did not were therefore not burkinis. Asked by AFP, Eric Piolle did not wish to comment on Friday.

Read the editorial of “Le Monde”: Swimming pools: secularism without naivety or hostility

The question has occupied part of the political world since the Grenoble city council modified the internal regulations of municipal swimming pools on May 16. With the approach of the legislative elections, this decision had provided right and extreme right leaders with a new reason to accuse the left of complacency with Islamism.

“Obviously we need a great law” against the burkini, had considered Jordan Bardella, the interim president of the National Rally, on May 26 on France 2. Christian Jacob, then boss of the Les Républicains party, had called, the same day on RTL, for the proposal to be resumed. bill tabled in May by his comrade Eric Ciotti, aimed at banning the burkini in public swimming pools in the name of secularism. Laurent Wauquiez, the president of the Auvergne-Rhône-Alpes region, had meanwhile announced his intention to cut subsidies to the city of Grenoble.

Seized by the town hall – after suspension of the authorization by the administrative court of Grenoble at the end of May –, the Council of State had confirmed on June 21 that “the very targeted derogation made, to satisfy a religious claim, to the common law rules for wearing close-fitting bathing suits, enacted for health and safety reasons, is likely to affect the proper functioning of the public service and equal treatment of users, under conditions that undermine the principle of neutrality of public services”.

Read also: Article reserved for our subscribers Burkini: why the Council of State confirmed its ban in Grenoble swimming pools