Boris Vallaud, a “diplomat” profile to chair the PS group in the National Assembly 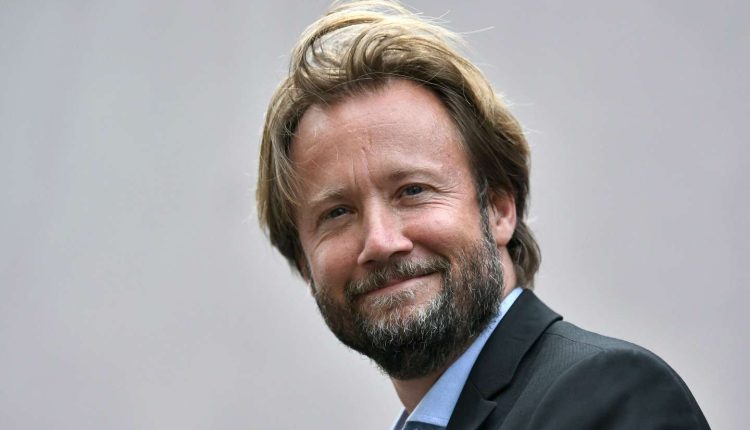 Since Thursday, June 23, the thirty Socialist deputies are now chaired by Boris Vallaud, profile “consensual and diplomatic, which will help grease the wheels”, according to Olivier Faure, deputy of Seine-et-Marne and first secretary of the Socialist Party (PS). Indeed, the 46-year-old MP for Landes will surely have some thankless tasks to accomplish in a very confused political period, at the start of a first parliamentary session which opens on Tuesday, June 28, with strong risks of paralysis. “The New People’s Ecological and Social Union [Nupes] gave hope”while being in “the affirmation of what we are, each one”said Boris Vallaud, immediately after his election.

A left “at the same time” which will be the whole point of his presidency. “Boris will have to bring the group to life with the rest of the left. That is to say, put forward our proposals and our points of view, then defend, whenever it exists, the collective position of the intergroup”, continues Olivier Faure, who does not agree when it is suggested to him that Boris Vallaud is a little closer to the anti-Nupes than to the pro-Nupes: “The suspicion is unwarranted. He did not attend all of the Nupes negotiations, as he returned to his constituency to campaign. Les Landes is not a district of Paris. » Undoubtedly… But the deputy, after the first meeting of the discussions which presided over the birth of the Nupes, was no longer invited. He had expressed too serious reservations about retirement at 60. And then, in general, he is not very comfortable with the uncertainty of negotiations…

In any case, since a few days, his state of mind had completely changed. By repeating that the Nupes was both necessary and the right strategy. He was rewarded for it. But in the eyes of the “rebellious”, will its initial reservations further reduce the room for maneuver of a PS ballasted by 30 deputies, or less than half of elected officials than La France insoumise (80), and which seems condemned to follow ? “ I’m not worriedintervenes Pierre Jouvet, spokesperson for the PS. The mood is good. No one is going to take the risk of insulting the future. The need for unity has raised a hope that must be pursued. If we broke the dynamic, the people on the left would not understand it. »

Read also: Article reserved for our subscribers In the National Assembly, the PS group in search of a unifying president

The first meeting of the intergroup took place on Thursday afternoon. “A fluid and pleasant meeting”according to Jérôme Guedj, who killed Minister Amélie de Montchalin, in Essonne, and who had withdrawn, the same morning, his candidacy for the presidency of the PS group in favor of the winner. “A weekly meeting will take place in a reduced format, and others which will regularly bring together all of the 141 deputiescontinues Mr. Guedj, who was the most favorable candidate for Nupes. We are not idolaters of the coalition, but not cynics who would walk away from it the day after an electoral victory. It is a way of invigorating us socialists. And to rearm ourselves. »

You have 24.68% of this article left to read. The following is for subscribers only.