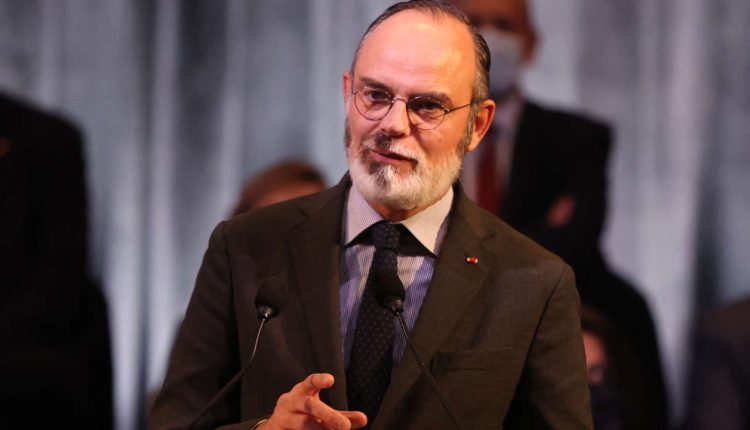 The beautiful photo has already yellowed. On November 29, at the rostrum of the Maison de la Mutualité, in Paris, the leaders of the majority displayed an image of unity during the launch of Together Citizens!, the association bringing together pro-Macron formations with a view to the presidential election of 2022. On stage was notably the former Prime Minister Edouard Philippe, who launched his own party in October, called Horizons, to “to participate in the constitution of a new political offer” and broaden the base of support for the Head of State to the right.

Barely a month and a half later, wham! The foundations of this “common house” of the majority are already cracked, because of the polar atmosphere currently reigning between the macronists and the philippists. In question: the failure of the merger between the formation of the mayor of Le Havre and Agir, a small party led by the Minister of Foreign Trade, Franck Riester. While the two movements of the right wing of the majority were supposed to be one, the negotiations finally fell apart, due, according to several sources, to the involvement of Emmanuel Macron in this file. During two meetings of the national council of Agir, on December 15, then on January 11, Mr. Riester opposed this merger, which was however desired by most of the executives of his party, explaining that the leader of the state would have him “asked not to”, assured the World participants, confirming information from the Figaro.

To the great displeasure of Edouard Philippe and his supporters, who consider the presidential intervention as “a bad way” made to the former prime minister. With a first very concrete effect: the withdrawal of Horizons from the common structure of pro-Macron forces. “In the clauses specifying the organization of Together Citizens!, it was provided that internal mergers would be possible. If at the first opportunity, we break the rules we have set, it means that there are no more rules. And so, as a result, we have suspended our participation in the common house of the majority”, explains MEP Gilles Boyer, close to the mayor of Le Havre. The challenge was partly financial. In the event of marriage, Horizons would have been able to take advantage of the means of Agir, which has a parliamentary group in the National Assembly and the Senate, and as such receives a public endowment.

Officially, the Head of State’s entourage denies that the latter got involved in “politician grub”, claiming that he ” prefer to manage Omicron rather than Horizons”. In reality, according to several sources, Mr. Macron would have asked his minister to veto the merger with Mr. Philippe’s party, in order to prevent the latter from finding himself in a position of strength for the negotiations on the distribution legislative candidacies. No question, either, of letting this ambitious, who is seeking the presidential election of 2027, build up too powerful a group in the Assembly, in the event of a second five-year term.

You have 38.55% of this article left to read. The following is for subscribers only.

“Drone” in “Le Monde”, from a radioactive cloud to individual…

The congressional hearing that changed…

Michael Madsen speaks out about son…