Before the 2022 World Cup in Qatar, French football called to condemn violations of LGBT + rights 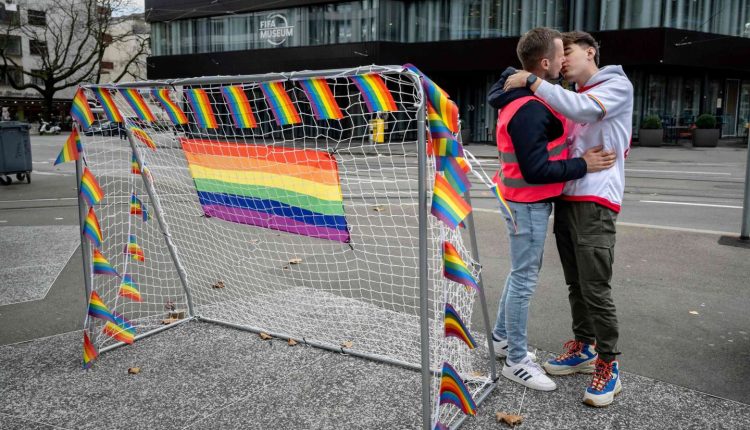 Pressure on French football. A group of associations and personalities have called on the France team and national authorities to denounce the violations of the rights of LGBT + people committed by the authorities of Qatar, host country of the 2022 Football World Cup.

“Federation, leaders, players and referees of French football, you have the power to be heard by millions of people (…). We ask that you take a public stand in defense of these fundamental rights.”write the associations, including SOS Homophobia, the LGBTI+ Federation, several regional LGBT centers and Amnesty International France, in a column published Wednesday, November 9 on the site of West France.

Qatar “persecutes, imprisons and tortures LGBT+ people, depriving them of their most basic rights”continues the text, which denounces the silence of the French Football Federation, the big clubs and the players of the France team.

Read also: Article reserved for our subscribers World Cup 2022: Qatar suspected of having targeted several personalities in a spy operation

This forum, relayed by a petition on the Change.org websitewas also signed by elected officials committed to the LGBT cause, such as the Deputy Mayor of Paris Jean-Luc Roméro-Michel (Socialist Party) or the deputy (La France insoumise) Andy Kerbrat.

The panel notes that “several political figures of all sensibilities as well as artists denounce this state violence”and “Athletes have also taken a stand against these unbearable attacks: Olympic champion Tom Daley, footballers Josh Cavallo, Eric Cantona and Philipp Lahm”.

Like his counterparts from seven other European caps, Les Bleus captain Hugo Lloris announced in September that he would wear a rainbow-coloured armband with the message ” One Love ” as part of a campaign against discrimination.

This gesture is insufficient, according to Julien Pontes, spokesperson for the Rouge direct collective which fights against homophobia in football. “We are waiting for an awareness that discrimination against LGBT people concerns everyone, even Griezmann or Mbappé”he told Agence France-Presse, referring to a “deafening silence” of the French team.

Read also: Qatar: a subsidiary of Vinci summoned to court before a possible indictment

The World Cup, from November 20 to December 18, has been marred by controversy since FIFA awarded its organization to Qatar at the end of 2010. Qatari organizers say members of the LGBT+ community will be welcomed without discrimination, despite laws criminalizing same-sex sexual relations in the country.

Espionage case at PSG: a judicial investigation about to be opened on the supposed…

At the criminal brigade of Versailles, appointments with death

After the suicide of Lucas, victim of homophobic harassment, Pap Ndiaye announces an…