“Athena”, the new film by Romain Gavras, breaks the melancholy of the Parc aux lièvres, a district of Evry whose destruction is approaching 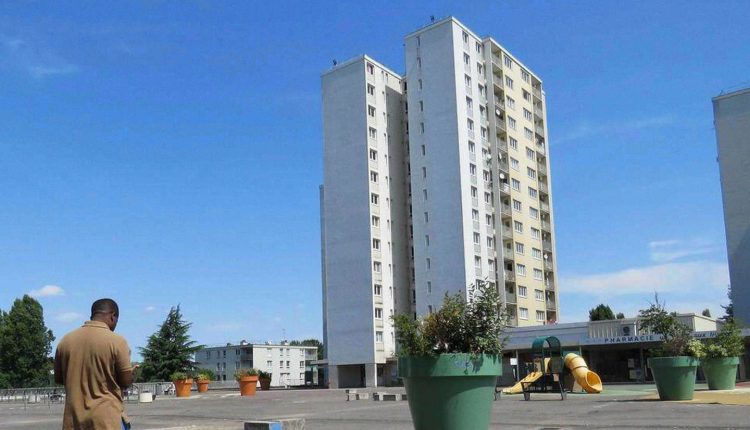 Molotov cocktails, urban rodeos, clashes between young people from the neighborhood and the police, on the brink of civil war: welcome to Athena. A fictional suburban neighborhood that gives its name to Romain Gavras’ new blockbuster, which is released this Friday, September 23 on Netflix.

Read also: Article reserved for our subscribers “Athena”, on Netflix, turns the city into a war zone

In real life, we are far from this effervescence. The concrete slab high up in the Parc aux lièvres, district of Evry-Courcouronnes (Essonne) which hosted the filming, is often deserted. All the shops have their curtains down, a few wild grasses invite themselves into the greyish plain, a bicycle hangs from the balcony of a lifeless building.

An emblematic district of the city, celebrated in hip-hop culture, renowned in recent years for having seen the rapper Koba LaD grow up, the place is on the decline. The vast majority of the inhabitants have left the premises and have been relocated, in anticipation of the destruction of the slab in 2023. As the film arrives on Netflix, the Hare Park district is experiencing its swan song.

“We really liked it”

The destruction of the buildings surrounding the slab has been planned since 2017 and acted upon since 2018. As every year since then, at the level of the tunnel under the slab, the collective Mémoire du Parc aux lièvres is organizing a party to bring together the former inhabitants of the “PAL “. Many have seen the place deteriorate in recent years. “Since we know that the slab is going to be destroyed, there is no one left. The atmosphere of the neighborhood has nothing to do with it”regrets Thibault (the people whose first name only appears did not wish to give their names), 17, who grew up in the Parc aux lièvres.

Among the oldest, sometimes present since 1972 and the creation of the slab, it is nostalgia that speaks. “I spent the best thirty years of my life there. This future destruction saddens me greatly,” admits Yvon Perrot, the very first inhabitant of the district and local legend. The 85-year-old man left building 3 on the slab a few years ago to settle a little further in Corbeil-Essonnes. Like others, he remembers the fountain which was destroyed, the bakery, the café, the shoe repair shop, the bank, which gradually closed, in competition with the Agora, the large shopping center in Évry.

No one denies the trouble there may have been here or the “some nonsense of young people”, but the problems of the place are quickly erased from memory. We only retain this ” small village “as everyone says in chorus, abandoned by the public authorities. “They made sure to tire the neighborhood so they could break it”, thinks Lahssen, like many of his neighbors. With a subsidiary question: will this destruction and the renovations solve all the problems of the district? The locals doubt it.

You have 53.35% of this article left to read. The following is for subscribers only.

Dupond-Moretti case: a procedure that will still last