At the Léon-Blum high school in Créteil, the arrival of a new principal concludes a turbulent start of the school year 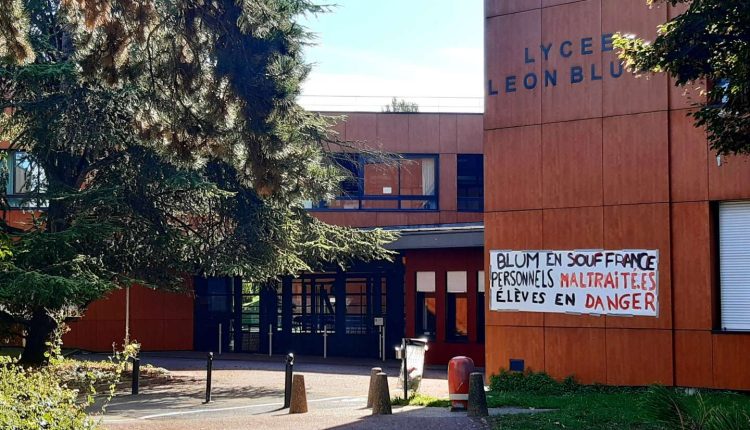 Last year, a ball in the stomach took her a few tens of meters before the entrance to the Léon-Blum high school, in Créteil. In the middle of the week, Laurence (the first name has been changed) travels the same distance with a big smile on her face, like her colleagues, she says. “We rediscovered the dynamic side of our school and the pleasure of teaching there. »

This Wednesday, October 5, the Léon-Blum high school welcomed its new principal. The opportunity to definitively launch a school year which began in a chaotic way in this renowned establishment of 1,200 students, made famous by the film The heirs in 2014 and directed by Marie-Castille Mention-Schaar.

In question: a teaching body questioning the behavior of the former principal, Mme M. – who did not wish to answer the questions of the World, just like the new principal –, denouncing public humiliations, discriminatory remarks and abusive threats of salary deduction. A “management of terror”as described by several faculty and staff, who refer to “a France Telecom syndrome in national education”, having led to multiple psychological monitoring of staff and abnormally high transfers this summer. The story has weakened the links between the rectorate of Créteil and the teachers, while the latter are still awaiting the results of an administrative investigation launched in mid-September and still in progress, according to the academy.

It was before the big holidays, on June 30, that the situation reached a point of no return. An umpteenth incident between the principal and a teacher provokes a meeting of the teaching staff. “We realized the extent of the damage that day,” says a teacher. The rectorate is notified and dispatches a school life technical advisor to the establishment. “We thought it was going to be settled during the holidays”says the same teacher.

Finally, the members of the Léon-Blum high school realize that the situation has not changed and go on strike as soon as the start of the school year begins, on August 31. Supported by the parents of pupils and by Clémence Guetté, deputy La France insoumise of Val-de-Marne, the strikers obtain an audience with the rectorate, on September 6th. They present a file composed of more than fifty individual testimonies against the headmistress.

The situation is unblocked on September 13 when the rectorate announces that the principal, “in the interests of the students”, asks to be relieved of her duties.

You have 52.71% of this article left to read. The following is for subscribers only.

Covid-19: epidemic figures in France and around the world, in maps and graphs