At Auschwitz, Jean Castex calls for vigilance against “falsifiers of history” 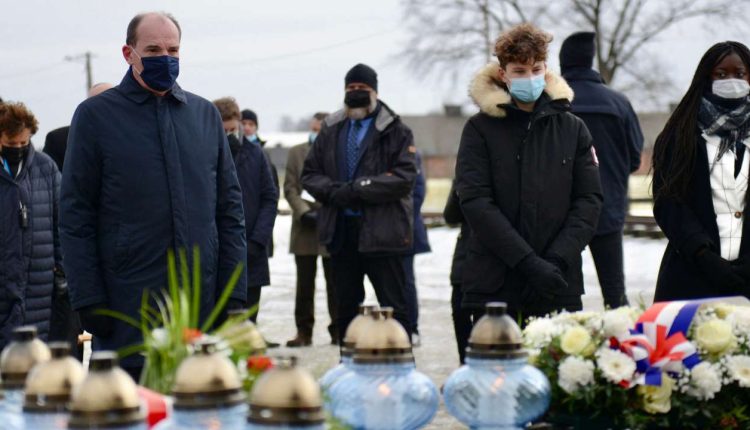 Elie Buzyn, number B7572, owes his survival to a punch; the one that the SS officer threw into his chest without managing to make him waver. In this month of August 1944, the Nazi had proof that the young freluquet, barely 15 years old but who claimed to be 17, was fit for work. The life of registration number 14811, Leon Lewkowicz, was played on a shoulder. The one that another inmate of Auschwitz gave him by enjoining him, on his arrival in the death camp, to join the line of his father for the selection and not that of his mother promised to be gassed. Elie Buzyn’s mother died as soon as he arrived at Auschwitz, like that of Léon Lewkowicz. But it is to them that the two survivors of Nazi barbarism, now aged 93 and 92, think when they recount their tragedy. “She made me promise to survive to tell”explains Elie Buzyn.

On January 27, the Prime Minister, Jean Castex, came to commemorate the 77and anniversary of the liberation of the Auschwitz-Birkenau camp, seemed to accompany the two survivors rather than the reverse. It is to them that the tenant of Matignon intended to give the floor to become, in turn, “witness of witnesses” and ensure that history does not fade away. Coming within the framework of an official protocol, the head of government concedes, the visit to the camp also responded to a personal desire.

Read also Article reserved for our subscribers A survivor of the Auschwitz camp tells “the mud, the smells, the cries, the fears” to Norman high school students

Despite decades of peace, anti-Semitism remains a scourge in France as elsewhere in Europe. According to an IFOP study carried out for the American Jewish Committee (AJC) and the Foundation for Political Innovation, published the day before by The Parisian, 68% of French Jews say they have been teased and harassed, 20% have been victims of physical attacks. But no matter, basically, the statistics, sweeps the Prime Minister, “If there was only one anti-Semitic act, it would always be too many”, he confides.

To demonstrate that nothing should be forgotten, Jean Castex had also invited a handful of high school students. “Where it all begins”he underlines, recalling that the Shoah is taught in CM2 and final year classes, when young people are also introduced to philosophy.

“A duty of memory, vigilance and commitment”

Seventy-three days before the first round of the presidential election, scheduled for April 10, the hubbub of the campaign could seem far away. However, the words of the nationalist candidate, Eric Zemmour, asserting that Marshal Pétain saved the Jews and doubting the innocence of Captain Dreyfus, haunted people’s minds. “The beast is still sleeping, it must not wake up”sighs Leon Lewkowicz.

You have 48.66% of this article left to read. The following is for subscribers only.