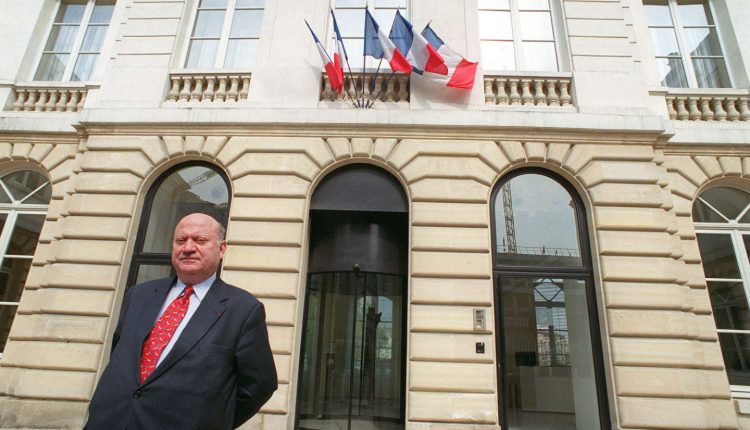 Marc (his first name has been changed) still remembers the ” pride “ that he experienced when he was recruited, in June 2011, as a bailiff ” Mr. Mayor “. “It was prestigious to work with this character”recalls the 30-year-old, who will be promoted and seconded, in September 2020, to the rank of “chief of staff of AS”as the young man calls him.

A. S., these are the initials of the former Secretary of State for the Civil Service (2007-2009) and former MP André Santini (1988-2017), Mayor (Union of Democrats and Independents) of Issy-les-Moulineaux (Hauts-de-Seine) since 1980, current vice-president of Greater Paris and head of the Syndicat des eaux d’Ile-de-France since 1983.

Eleven years after his debut at City Hall, Marc’s enthusiasm is gone. He decided to file a complaint on Friday 1er July, with the Nanterre public prosecutor’s office (Hauts-de-Seine), against André Santini, 81, for “sexual assault”, ” sexual harassment “ and “moral harassment”. Another former close associate of Mr. Santini, Pierre (his first name has been changed), also filed a complaint on Friday before the Nanterre prosecutor’s office, for the same heads, against the mayor of Issy-les-Moulineaux.

Contacted, the plaintiffs’ lawyer, Christelle Mazza, declined to comment. Mr. Santini disputes all of the facts with which he is charged: “I naturally deny having engaged in any behavior as described in the complaints. In forty years of good and loyal service, I have never been accused or accused of such behavior. These accusations are part of a climate of conflict concerning the administrative situation of these agents.he replies by e-mail to World.

Dismissed for “breaking the bonds of trust”

Read also: Article reserved for our subscribers Fight against sexual harassment: the executive agrees with the opinion of the opposition

This eviction is synonymous with a sudden salary demotion for the two plaintiffs. Not very qualified, they had seen their remuneration rise spectacularly thanks to the city councilor. Marc had ended up obtaining an income of 3,300 euros net monthly, with a status equivalent to that of a category A civil servant. As for Pierre, recruited as a bailiff in September 2020, he made up to more than 1,700 euros , with overtime, as a territorial technical assistant.

You have 66.49% of this article left to read. The following is for subscribers only.