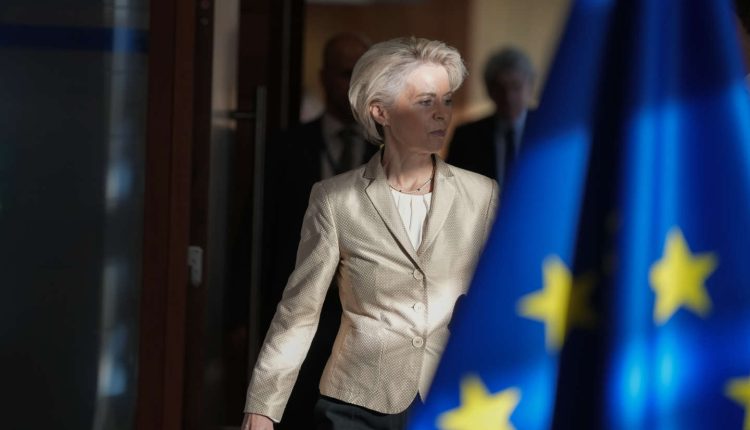 When Moscow had announced in quick succession, on September 20 and 21, the holding of referendums on the attachment of four Ukrainian regions under its control and the partial mobilization of 300,000 citizens, while again brandishing the nuclear threat, Ursula von der Leyen promised retaliation. Since then, the President of the European Commission has multiplied contacts with the capitals and her services have worked quickly so that she can present the eighth package of sanctions against Russia on Wednesday 28 September.

Ukrainian President Volodymyr Zelensky, whom she visited for the third time on September 14 in kyiv, calls on the Europeans to take heavy sanctions. Within the European Union (EU), the Baltic States and Poland are on the same line. “We are determined that the Kremlin pays the price for this new escalation”launched Mme von der Leyen, Wednesday.

In fact, in previous sanctions packages, the Europeans have already done a lot – embargo on Russian coal and oil, more than 1,300 individuals and entities under sanctions… – and “The field of possibilities is now limited”, comments a European diplomat. In this context, Wednesday’s announcements first consisted of strengthening existing systems and increasing their scope.

Balance sheet not yet positive

Thus, the Commission proposes to ban the import of new Russian goods, which, according to Mme von der Leyen, will deprive them of “7 billion euros”. Diamonds are ultimately not concerned, to the great satisfaction of diamond dealers in Antwerp, Belgium, who are largely supplied in Russia. Poland, the Baltic States and Ireland, which advocated “prohibition of cooperation” with Moscow in nuclear matters, did not win their case, as this embargo would have disastrous consequences for certain countries of Eastern Europe which buy fuel from Russia.

Ursula von der Leyen also wants to expand the list of European products that can no longer be exported to Russia. “The goal is to deprive the Kremlin’s military-industrial complex of key technologies” as “additional aeronautical components or electronic components and specific chemical substances”she clarified.

Read also: Soaring energy prices: the advent of a pragmatic and protective Europe

“The sanctions work”, hammered the President of the Commission. Undoubtedly, whole sections of Russian industry lack components which, before the war, came from Europe. But from a strictly financial point of view, it will be necessary to wait a little before the results are positive. Ultimately, the restrictive measures already decided on should, according to the Commission, deprive Russia of 82.9 billion euros in revenue (i.e. 51% of its exports to the EU in 2021). For the time being, we are far from this figure. Not only has the Russian oil embargo not yet come into force, but soaring energy prices have more than made up for lost revenue for the Kremlin. According to customs data, between February 28 and September 18, EU imports from Russia fell by 35% in volume but increased by 40% in value!

You have 44.28% of this article left to read. The following is for subscribers only.