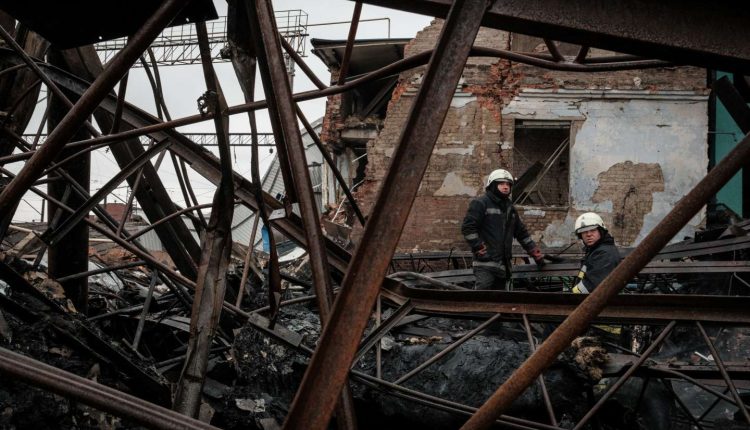 It is a delicate exercise, to which economists engage with infinite caution. Because how to measure the impact of a war on the activity of a country, even when data collection becomes partially impossible? “When a part of the territory falls into enemy hands, local businesses and citizens stop reporting information to the statistical body, even if their economic life continues”, summarize the economists Oleksiy Blinov and Simeon Djankov in a note on the subjectwritten for the Center for economic policy research, a research center in London.

In new forecasts for Europe and Central Asia, published on Tuesday 4 October, World Bank experts nevertheless put forward an estimate: according to them, Ukraine’s gross domestic product (GDP) is expected to decline by 35% in 2022. A figure close to that unveiled on September 28 by the European Bank for Reconstruction and Development (30%). For 2023, the forecasts are even more uncertain, because no one knows how the conflict will evolve.

Read also: Article reserved for our subscribers In Ukraine, an economy at the service of war

The World Bank nevertheless puts forward the hypothesis of a rise of 3.3% – an essentially technical rebound, after the collapse of 2022. But the institution insists on an even more worrying point: the war will have repercussions of long term of considerable magnitude, and difficult to estimate, on the country’s growth and economy. Firstly because of the destruction of production capacities and the damage caused to arable land. At the end of August, the amount of destruction of buildings, 40% of which were homes, was estimated at 114 billion dollars (115 billion euros), details the World Bank.

In addition, 15% of critical infrastructure, such as railways, bridges, oil depots and power stations, has already been destroyed or damaged. “In the first seven months of the year, net foreign direct investment fell by more than 93%, and merchandise exports by 28%”, also notes the report. Exports of Ukrainian cereals by the Black Sea have certainly recovered a little, but those of iron and steel remain more than 70% below their pre-crisis level.

According to the report, this “reflects the destruction and damage to the country’s largest metallurgical facilities, Azovstal and Ilyich Iron and Steel Works.” The war has also resulted in large movements of refugees within the borders and to neighboring countries, such as Poland. In September, a third of the Ukrainian population (44 million people in total) was thus “displaced”, mainly women and children.

You have 42.05% of this article left to read. The following is for subscribers only.