Croatia will join the Schengen area and the euro zone from January 1, 2023 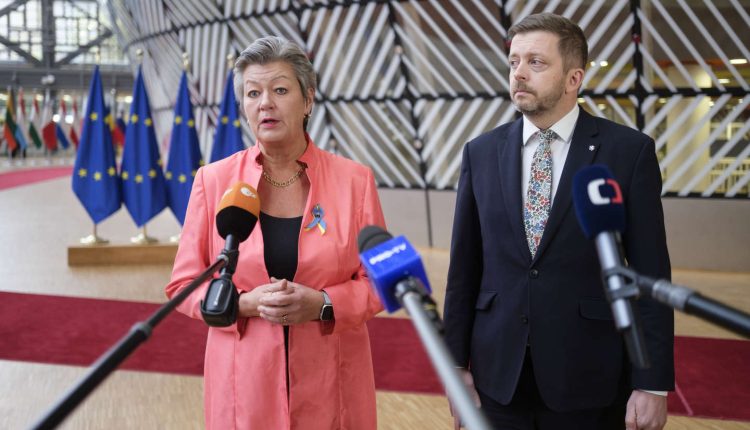 Croatia will enter the Schengen area of ​​free movement in January: the Member States of the European Union approved Thursday, December 8 its accession, but rejected those of Romania and Bulgaria.

With this unanimous green light from the interior ministers meeting in Brussels, Croatia becomes the 27th member of this vast area within which more than 400 million people can travel freely, without internal border controls. This country of 3.9 million inhabitants, member of the EU since 2013, will also join the euro zone next January.

On the other hand, Romania and Bulgaria will still have to wait: their candidacies came up against a veto from Austria – and that of the Netherlands for Bulgaria alone –, provoking “a certain bitterness in the room”according to a diplomatic source. “I will vote today against the enlargement of Schengen to Romania and Bulgaria”, Austrian Interior Minister Gerhard Karner announced upon arriving at the meeting. Austria, which is facing a sharp increase in asylum applications, feared that the lifting of border controls with these two countries would further increase the flow of migrant arrivals.

“Heartfelt congratulations to Croatia”tweeted the President of the European Parliament Roberta Metsola, who said to herself ” very disapointed “ of the refusal suffered by Sofia and Bucharest. Same disappointment with the European Commissioner for Home Affairs, Ylva Johansson, who however said she was confident about their membership “before the end of the mandate” of the Commission in 2024.

The Commission and the European Parliament have been calling for a long time to include the three countries in this zone which includes most of the states of the European Union plus Iceland, Liechtenstein, Norway and Switzerland. One of the effects of Croatia’s accession will be to eliminate queues of vehicles at its borders with Hungary and Slovenia and to further encourage tourism.

In return, the Schengen countries must assume rigorous control of the external borders of this area and commit to police cooperation to fight against organized crime or terrorism.

If Austria refused the entry of Romania (19 million inhabitants) and Bulgaria (6.5 million), the Netherlands, for their part, only opposed that of Bulgaria. Dutch Migration Minister Eric van der Burg explained on Thursday that his country had concerns about “Corruption and Human Rights” in this Balkan state and asked for a new report from the Commission on these points. But the accession files of these two former communist countries, which entered the EU in 2007 and which have been knocking on the door of Schengen for more than ten years, were linked from a procedural point of view and the rejection of one led to anyway that of the other.

The question of the enlargement of the Schengen area has returned to the table at a time when irregular arrivals at the EU’s external borders are on the rise, after having seen a drop during the Covid-19 pandemic. The surge is particularly marked by the Western Balkan route, where some 139,500 irregular entries into the EU have been detected since January, according to Frontex. A figure far from the 764,000 entries recorded in 2015, during the refugee crisis, but which does not take into account the exodus of very many Ukrainians. The increase in the number of arrivals via this migratory route – in particular via Serbia – prompted the European Commission to present an action plan to try to reduce it, as it did recently for the Central Mediterranean route.

Contrary to Austria, France argued that the enlargement of the Schengen area to the three countries made it possible to “better respect the control of our borders” and to limit the influx through the Balkan route. The French Minister of the Interior, Gérald Darmanin, took part in a meeting in the morning with his German, Dutch, Belgian and also British counterparts, in order to strengthen their judicial cooperation and the exchange of information to fight against the networks of smugglers. Gérald Darmanin assured that “more than 1,100 arrests of smugglers (had taken place) in France thanks in particular to European information last year”. Ministers also supported a “working agreement” between the United Kingdom and Frontex to combat irregular immigration.

Read also: Article reserved for our subscribers In Europe, refugees caged under the gaze of Frontex agents

Hong Kong is giving away 500,000 flights this year—here’s what to know