“By evoking the nuclear threat, Putin’s hope is to divide opinion in order to weaken the determination of democratic countries” 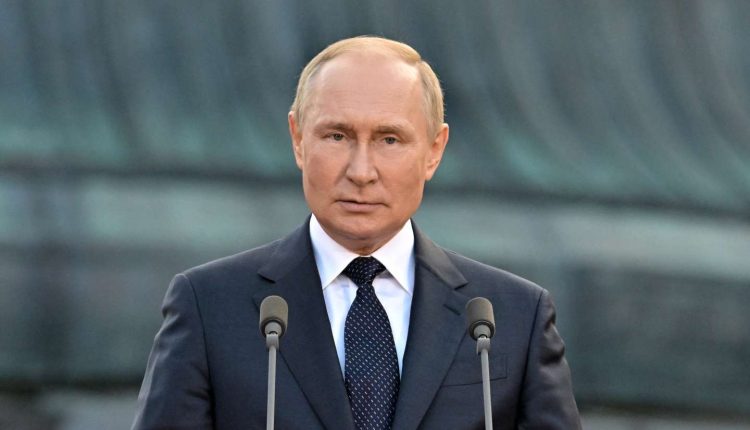 Lhe nuclear factor has been operating in the shadow of the conflict in Ukraine since February. It resurfaced thanks to the Russian President’s speech on Wednesday 21 September, again evoking the threat of the use of nuclear weapons, without naming it (the relevant paragraph of the text mentions “different types of weapons” as well as “any type of weapon system available”).

However, the evolution of the military context may modify its meaning: would the regions in which the referendums on attachment mentioned by Vladimir Putin took place with a high probability of responses favorable to him be considered, if necessary, as part of the vital interests of Russia once their results have been obtained, allowing the Kremlin to attach them to the territory of the Federation? Protecting their integrity would then, it is feared, fall under Russian nuclear deterrence. This question calls for comments which must be distinguished between discursive, doctrinal and strategic terms.

Also read the column: Article reserved for our subscribers “The shape of the Russian invasion war against Ukraine is dictated by nuclear deterrence”

There is nothing, in the construction of the speech of September 21, to indicate a mechanical link between the outcome of possible local referendums and the anticipation of a risk of undermining the territorial integrity of Russia, of which new disputed territories. This is, for the moment, an interpretative reading of an argument whose concluding nuclear developments are addressed primarily to certain NATO representatives tempted, according to the Russian President, to make use of nuclear weapon. In this case, it would be a matter of insistence on the part of the Kremlin within the framework of a dissuasive dialogue which has been making waves for seven months but which does not call for any additional comment today.

But suppose such a reading is justified, which the author of these lines does not subscribe to. First, the doctrinal sequence that would result from such referendums only appears to be simple. There is no mention of the territorial integrity of the state in recent Russian doctrinal documents, in particular in the presidential ukase n° 355 of June 2020. At most, we can cite here the case of an armed aggression of the conventional type likely to compromise the existence of the Russian State, that is to say one of the four cases in which Article 19 of ukase n° 355 envisages the use of nuclear weapons.

However, the continuation of a conventional conflict in what would become a new border of Russia would not be an existential threat. There is, at the very least, a significant margin of interpretation. Moreover, the criteria for exercising nuclear deterrence are nowhere set in stone. In other words, since the nuclear threshold is neither perfectly known nor mechanically deducible, nothing allows it to be lowered in the continuation of a conventional conflict in newly attached territories (and whose change of status would then be contested in kyiv).

You have 50.35% of this article left to read. The following is for subscribers only.