Boris Johnson says he is “appalled” by the attack on Salman Rushdie, French politicians give their “unreserved support” to the British author 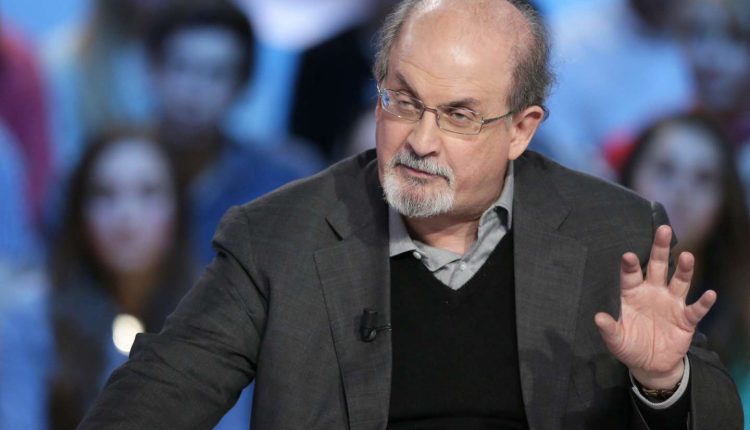 British Prime Minister Boris Johnson said “landed” by the attack suffered on Friday August 12 by his compatriot, the writer Salman Rushdie, in the United States.

No precise information on his state of health has been officially communicated. He is alive and “gets the care he needs”, said New York State Governor Kathy Hochul. The perpetrator, whose motive is not yet known, was arrested and taken into custody, said the police in a press release.

I am “appalled that Sir Salman Rushdie was stabbed while exercising a right we should never stop defending”, reacted Mr. Johnson in a tweetreferring to freedom of expression. “I am thinking of his loved ones. We all hope he is well”added the head of government.

Read also Article reserved for our subscribers On February 14, 1989, Ayatollah Khomeini launched his fatwa against Salman Rushdie: a look back at a dramatic spiral

During a press briefing, Democratic Governor Kathy Hochul praised “someone who has spent decades telling the truth to the powerful (…) who has exposed himself fearlessly despite the threats that have dogged him throughout his adult life”.

The association for the defense of writers in the world, PEN América, said “shocked and horrified”its president Suzanne Nossel revealing that on Friday morning Mr Rushdie had written to her to propose his “aid to Ukrainian writers”.

Many reactions within the French political world

“Symbol of Resistance”, “despicable”, “intolerable”… the French political world rose up after the attack on the writer. The president of the Renaissance group at the Assembly Aurore Bergé described in a tweet Salman Rushdie as “the very expression of freedom, it is its face, voice, interpreter” despite “the incessant threats”.

Renaissance MEP, Nathalie Loiseau, addressed his “full support” at “the permanent target of intolerance, talented and courageous defender of freedom of opinion”.

“It is a symbol of resistance against Islamist totalitarianism that has been attacked”has reacted on Twitter the president of the National Rally, Jordan Bardella. “This attack proves that the Islamists will never disarm”, abounded the mayor of Perpignan Louis Aliot, candidate for the head of the National Rally.

Boris Vallaud, leader of the socialist deputies sentenced an attack “serious and intolerable”. “It is freedom that is under attack”has castigated the president of the environmental group in the Assembly Julien Bayou, speaking of a “despicable fatwa”. For the former right-wing presidential candidate Valerie PécresseSalman Rushdie “embodies freedom of expression in the face of Islamist totalitarians”.

The LR president of the Grand Est region, Jean Rottner, has insured that “his fight against fanaticism is an example and shows that it must be our requirement and vigilance in the face of obscurantism”.