Bernard Guetta: “We must stop thinking about negotiating the borders of Ukraine in place of the Ukrainians” 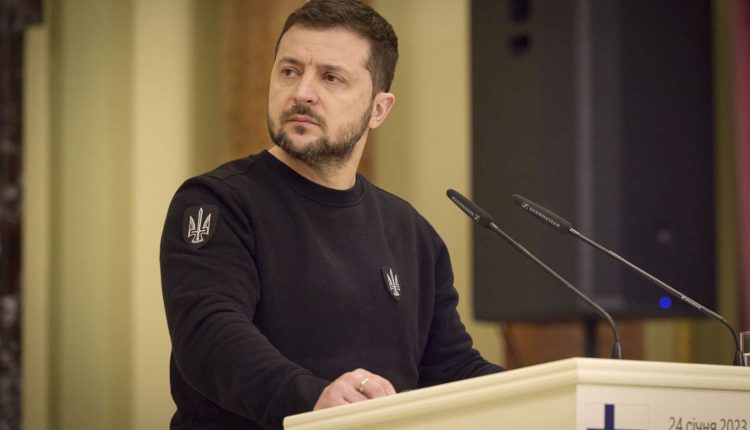 EThey are not to be rejected but to be taken into account, these fears. One is that by delivering weapons to Ukraine Americans and Europeans are not entering the spiral of a third world war. The other is that by refraining from calling on the Ukrainians to a territorial compromise with Russia, the West leaves room only for war, to the detriment of diplomacy.

Between the lines or clearly expressed, the two fears are heard in the United States as in Europe. A former French Secretary of State for European Affairs, Pierre Lellouche, has just formulated them in the columns of the World : but where would the twenty-seven states of the Union and all the democracies be if American intelligence and the first deliveries of European arms had not prevented Vladimir Putin from taking kyiv?

All of Ukraine would be occupied and, reinforced in his idea of ​​Western decadence, Putin would have annexed Ukraine and Belarus without delay, giving them the status of states associated with the Russian Federation. He would then have had no need to reconquer the Baltic countries which, proof having been made that democracies do not defend democracy, would have had no choice but to align themselves with Moscow or to be subjugated by the strength.

Read also: Article reserved for our subscribers “By opening up to Ukraine and other countries, the EU is heading for paralysis. It must organize itself to go further and faster towards common objectives”

Russia would, in a word, have become the dominant power on the continent, since the United States would have officially disengaged and the Union would have had to give up any common defense project in the face of the rise, even within its ranks, of temptations neutralists. Let’s not even talk about the consequences that this triumph of Vladimir Putin would have had in Africa, in Latin America and, above all, in China, where Xi Jinping would have found himself encouraged to launch his armies against Taiwan and risk, for once , a direct confrontation with the United States.

No, let’s stay in Europe, because what would happen there now if Westerners stopped or restricted their arms deliveries? The answer is that the European Union would quickly unravel – and that to this immense victory of Mr. Putin would immediately be added another, since the Ukrainians would no longer be in a position to continue to liberate their territories and would not have, on the contrary, there would soon be enough ammunition to deal with a resumption of the Russian advance which would once again threaten kyiv.

Also read the column: Article reserved for our subscribers War in Ukraine: “Central Europe did not constitute a united, homogeneous and cohesive bloc in its attitude towards Russia”

The day we would be there, Vladimir Putin would have had time to reorganize his troops and rearm them. He would have regained hope and the democracies would find themselves, resentment and heartbreak on top of that, in the situation they had managed to avoid in February 2022, when they had prevented him from winning in Ukraine and, consequently, on the whole continent.

You have 55.66% of this article left to read. The following is for subscribers only.