Banana king or coke baron: in Montenegro, the enigma of the Krstovic trial 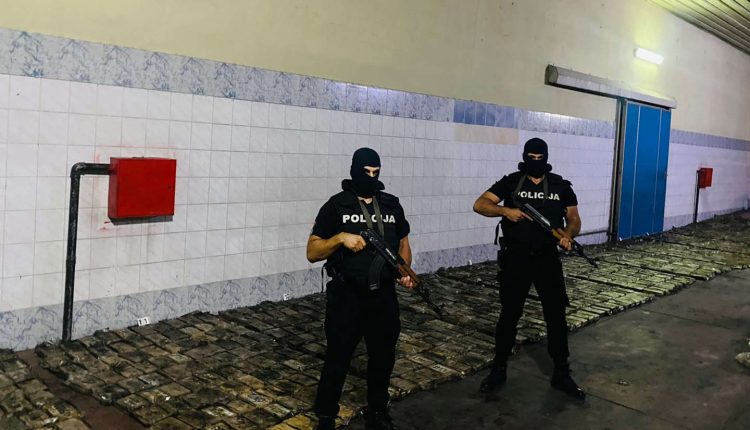 The merchandise delivered that day was one of those that made Budimir Krstovic, alias “Buda Banana”, rich and nicknamed him. This Serbo-Montenegrin businessman has been importing exotic fruits from South America to the Balkans for more than thirty years. But on August 24, 2021, when unloading a container of bananas in the refrigerated warehouse of his company, San Francisco, in the suburbs of Podgorica, the capital of Montenegro, the scene takes another turn. Police officers emerge from their hideout, surround the handlers and seize the cargo. Within minutes, officers seized 1.2 tons of packaged cocaine among the fruit.

“Buda Banana” returns by plane from Belgrade a few hours later. On the nerves, arriving in a whirlwind in the warehouse, the boss yells around: ” Who did that ? », giving the impression of suspecting one of his employees. But, immediately handcuffed, Budimir Krstovic was then thrown into a police van and then placed in preventive detention in Spuz prison. His daughter Marina, 28, responsible for the “purchasing” branch in the family business, is also imprisoned. The operation, code name “187”, is a resounding success.

Read also: Article reserved for our subscribers A new substance per week: the dreaded rise of synthetic drugs

Tips provided by the US Drug Enforcement Agency

A year later, the duo is still behind bars. Since February 28, Mr. Krstovic and his daughter have been appearing before the High Court in Podgorica. A scandalous trial, the last hearing of which was held on July 15. Since the day of the seizure, the Krstovics have denied any involvement in this cocaine trafficking. It is from Milan, where she resides, that the other daughter of Mr. Krstovic, Sandra, gives her version of the facts. “The accusation against my father gives an opportunity to pretend that power is fighting against drugsshe told the World. They have absolutely no evidence and in any other country they would have been released. »

This seizure of more than a ton, the largest ever in the Balkans, sends a strong signal

The operation was smoothly carried out. On the basis of tips transmitted by the DEA, the American anti-drug agency, the Montenegrin police know that loaves of drugs are traveling in the cargo of bananas loaded at the port of Bolivar, in Ecuador. After crossing the Atlantic aboard the container ship MSC Katyathen the Mediterranean in the MSC Charlotteshe landed in the port of Bar, on the Adriatic, the country’s main commercial terminal, under close surveillance.

You have 64.97% of this article left to read. The following is for subscribers only.