“At the gates of Europe. History of Ukraine”: Serhii Plokhy sets off in search of the real Ukraine 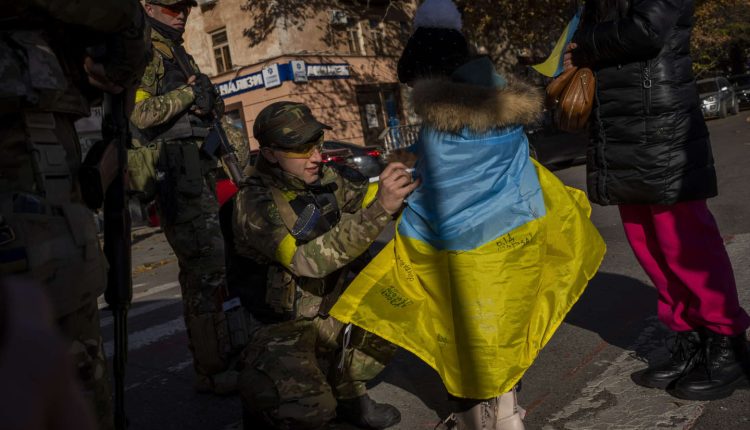 “At the gates of Europe. Histoire de l’Ukraine” (The Gates of Europe. A History of Ukraine), by Serhii Plokhy, translated from English (United States) by Jacques Dalarun, Gallimard, “Bibliothèque des histoire”, 550 p., €32 , digital €23.

The month of January 1954 marked, in the Soviet Union, an important stage in what the regime called, according to its constant rule of inversion of reality, the “brotherhood” between Moscow and Ukraine, after decades of massacres, famine and oppression. Ukrainian-American historian Serhii Plokhy, in his history of Ukraine, At the gates of Europerecalls that we were then celebrating the tercentenary of the Treaty of Pereïaslav which, on January 8, 1654, had placed the Cossack territories under the protection of the Muscovite Tsar – a “reunification of Ukraine with Russia”in their words, which the Soviet authorities celebrated with great fanfare, at a time when this process was supposed to culminate in the united march of the peoples of the Union towards communism.

Communism did not happen. In 1991, the Soviet Union fell. Moreover, neither Russia nor Ukraine existed under these names in 1654: the treaty had been signed by Muscovy and the Cossack Hetmanate. As for the prefix “re” and the idea of ​​an earlier unity, they reactivated an old myth according to which the Rus’ of kyiv, the entity which, from the IXe in the XIIIe century, brought together territories straddling present-day Russia, Ukraine and Belarus, had been a Russian reality from the outset, leading to an anachronistic hierarchy between peoples who did not yet exist as such.

However, these historical fictions continue to be operative in the spectral USSR that Putin’s Russia tends to become, to the point of structuring Russian propaganda, the annexation of Crimea and the intervention in Donbass, in 2014 , to the invasion launched on 24 February. However, if any rapprochement between Ukraine and Russia is perceived as a “reunification”, any manifestation of independence of Ukraine becomes an illegitimate attack on a fundamental unity, which, in this fantastic device, is tied around the Russian identity. As a result, Ukrainian independence represents, in the eyes of Putin and his followers, an attack on the very essence of Russia, which therefore considers itself justified in unleashing unlimited violence as a backlash.

Faced with this intertwining of memory traps, At the gates of Europe, which brings them to light with luminous precision, proves indispensable in at least two other respects. Holder of the chair of Ukrainian history at Harvard University (Massachusetts), where he directs the Ukrainian Research Institute, Serhii Plokhy has a panoramic vision of historiography which allows him to base his synthesis on knowledge best established to date. From kyiv Rus’ to the events of 2014, passing through the Cossack era, the domination of the Russian Empire, the independent Ukraine of 1918 and its destruction by the Bolsheviks, then the forced integration into the USSR in 1922, the great famine of 1932-1933 or the place of Ukraine in the Second World War – marked by the paroxysm of civil violence against the Jews, the commitment of some 250,000 Ukrainians to the Nazis and that of seven million others in the Red Army – he paints a factual picture of a complex historical reality, which, studied so closely, escapes any schematic approach. And, if the book, published for the first time in the United States in 2015, then completed in 2021, does not approach the current phase of the war, it provides the surest tools to deconstruct the fictions that this one does not. stop intensifying.

You have 27.61% of this article left to read. The following is for subscribers only.