Appeal by 664 Russian researchers and scientists: “We demand an immediate end to all acts of war directed against Ukraine” 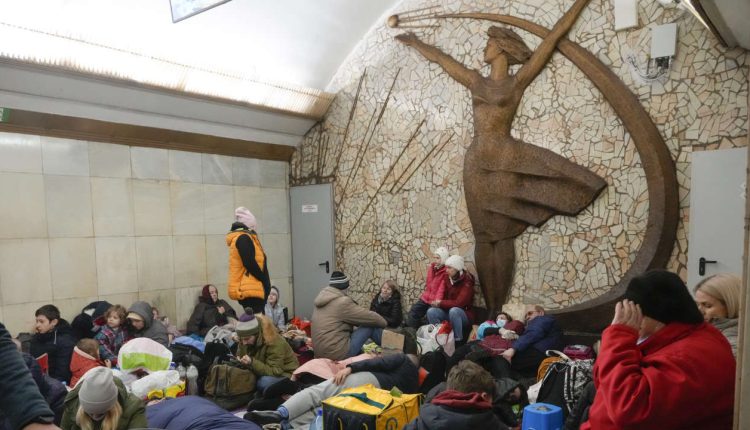 Grandstand We, Russian scientific researchers and journalists, express here our strong protest against the acts of war launched by the armed forces of our country on the territory of Ukraine. This fatal decision will cause the death of a very large number of people. It undermines the foundations of the collective security system. The responsibility for the outbreak of this new war in Europe lies entirely with Russia.

This war has no rational justification. Attempts to manipulate the situation in the Donbass and use it as a pretext to launch military operations fool absolutely no one. It is obvious that Ukraine poses no threat to our country. The war against it is unjust and absurd.

Ukraine was and remains a country to which we are very close. Many of us have relatives, friends and research colleagues there. Our fathers, grandfathers and great-grandfathers fought Nazism together. Starting a war to satisfy the geopolitical ambitions of the leaders of the Russian Federation, driven by fanciful and dubious historical considerations, is nothing but betraying their memory.

Also read the column: Article reserved for our subscribers “For an official recognition of Ukraine as a candidate state to the European Union”

The war with Ukraine is a step into nothingness

We respect Ukraine, seeing in it a state based on functioning democratic institutions. We understand the European choice of our neighbours. We believe that all issues between our two countries can be resolved peacefully.

By unleashing the war, Russia condemned itself to isolation on the international scene and to the fate of a pariah country. This means that we researchers will no longer be able to do our research normally, as it is true that the advancement of scientific research is unthinkable without in-depth cooperation with colleagues from other countries.

The isolation of Russia in the world will further aggravate the cultural and technological degradation of our country, while closing all the exit doors. The war with Ukraine is a step into nothingness.

It is with pain that we see our country, whose role in overthrowing Nazism was decisive, igniting at this very moment a new war on the European continent. We demand the immediate cessation of all acts of war directed against Ukraine. We demand respect for the sovereignty and territorial integrity of the Ukrainian state. We demand peace for our countries.

You have 28.08% of this article left to read. The following is for subscribers only.