Alexandre Tcherkassov: “This Nobel Peace Prize is a beautiful symbol of solidarity” 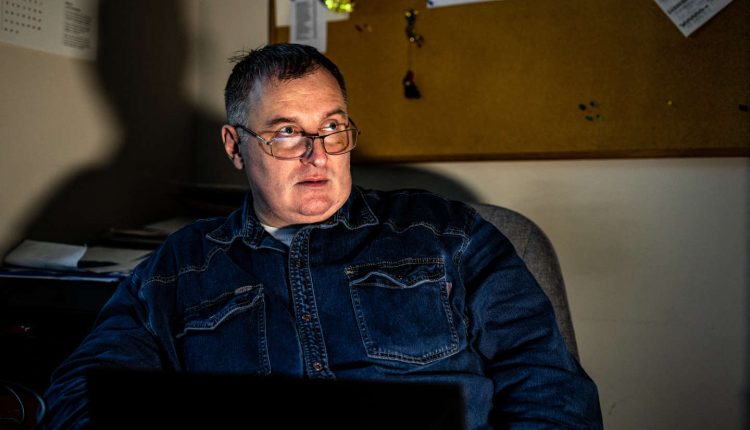 Alexander Cherkassov was in Tbilisi, Georgia, for the inauguration of an exhibition on Stalin’s camps, when he heard the news. For The worldhe reacts and points out that the “ongoing fight for refugees, prisoners, war crimes”.

Memorial was classified as a foreign agent in 2014, accused of “high treason” in 2015, dissolved in December 2021 and today your NGO receives the Nobel Peace Prize… What is your reaction?

I was very surprised when I heard the news! For several years, we have been on the list of potential winners and this time, when there was no sign, we are awarded the prize… This is all the more unexpected since, just yesterday, I was talking on the phone with Oleksandra Matviichuk [dirigeante du Centre ukrainien pour les libertés civiles], and that this NGO received it too! This is very, very good news. While, at the same time, the Moscow court continues the trial to confiscate the Memorial building in Moscow…

Read the decryption: Article reserved for our subscribers In Russia, the dissolution of the NGO Memorial marks the extent of the democratic decline of the Putin era

This prize, effectively shared three-way, between a Belarusian activist and two Russian and Ukrainian NGOs, is above all a message sent to Vladimir Putin?

Everyone is talking about a present for Putin’s birthday today. But October 7 is not her birthday, it’s Anna Politkovskaya’s execution date [la journaliste a été assassinée en 2006, le jour du 54e anniversaire de Vladimir Poutine]. This award is for those who survived and those who couldn’t. And the fact that it is awarded to three is a beautiful symbol of solidarity.

Read also: Article reserved for our subscribers A triple Nobel Peace Prize in the form of a challenge to Vladimir Putin

It means that human rights know no borders, that we must continue to fight for refugees, prisoners, war crimes and against humanity. This is the reaction of Europe and the world for these Eastern European countries in danger, while almost nothing has been done to prevent this war and the transformation of these regimes [russe et biélorusse] in dictatorships.

Before co-founding Memorial in 1989, Andrei Sakharov had himself won the Nobel Peace Prize in 1975…

Yes. The Nobel Prize didn’t save him from arrest or relegation to Gorky, any more than it spared Solzhenitsyn [prix Nobel de littérature en 1970] banishment… But it’s a very, very important symbolic gesture.

What has become of Memorial since the Russian justice pronounced its dissolution? How are you continuing your work under the current circumstances?

At the time of the announcement of the Nobel Prize, we opened today, at 2 p.m., an exhibition in Tbilisi on the letters of fathers imprisoned in Stalin’s camps to their children. We must show this connection between generations, keep it in order to understand history and preserve the future. Throughout this year, we have also continued our work investigating the crimes committed by the Wagner Group in Syria, in particular the case of a Syrian citizen who was burned and beheaded in 2017 by Russian mercenaries who did not even hide their faces on the videos. We took the case to the military authorities in Russia, to the courts and, each time, we were told that there was no proof. We have therefore just sent this dossier to the United Nations Commission on Human Rights. The work continues. This is Memorial’s mission.