After nine months of war in Ukraine, Russian forces are on the defensive 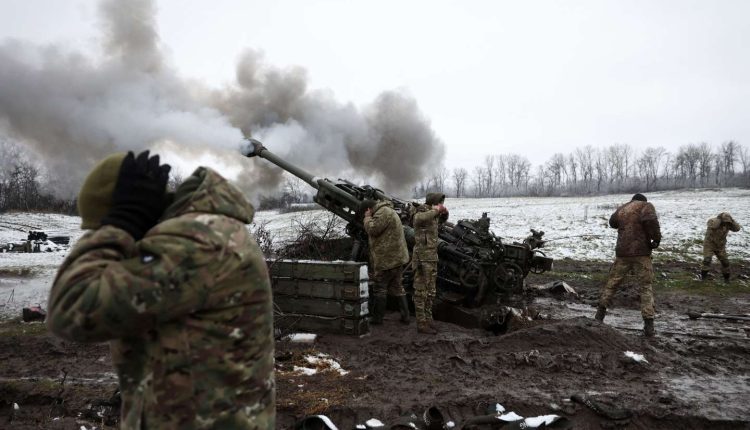 The milestone of nine months of war was crossed on Thursday, November 24, for the Russian “special military operation” in Ukraine, initially presented by Moscow propaganda as having to last three days. The main objective then was the conquest of the capital, kyiv, and the overthrow of Ukrainian power. Other offensives targeted Kharkiv in the north and the Black Sea coast from Mariupol to Odessa in the south, as well as the eastern region of Donbass, already partially occupied by Russia since 2014.

After nine months of conflict, the return of negative temperatures makes the theater of the clashes look like the images of February 24, with the difference that the Russian troops are now in a defensive position on most of the front, a thousand kilometers long. The failure of the assault on kyiv in the first weeks of the war, followed by victorious Ukrainian counter-offensives this fall in the regions of Kharkiv (north) and Kherson (south), placed the Russian army in a very delicate situation on the ground.

Still on the offensive, the Ukrainian army launched an attack several days ago against the Russian positions around the town of Kreminna, in the region of Luhansk (Donbass), in a new effort – unsuccessful so far – to cut an important supply route. The Ukrainian authorities recognize a slow progress, slowed by weather conditions, rain and mud. At the same time, special forces are trying to gain a foothold on the left bank of the Dnieper in the islands and marshes that make up the spit of Kinbourn, a strategic peninsula on the road to Crimea annexed in 2014 by Russia. A fight from which, for the time being, no verifiable information has come.

After its forced withdrawal from Kherson and the right bank of the Dnieper, the Russian army redeployed part of its forces to the eastern part of the front, in the regions of Zaporizhia and Donbass. In an offensive position on a diagonal of 140 kilometers between Bilohorivka in the north and Marinka in the south, the Russian troops have been relentlessly pursuing their assaults since the spring, very slowly nibbling ground.

In the province of Donetsk, these forces, made up of the regular army, newly mobilized soldiers and mercenaries from the Wagner private militia, have also been increasing operations for several months. The attacks are mainly concentrated in the area of ​​the towns of Bakhmout and Avdiivka.

You have 62.79% of this article left to read. The following is for subscribers only.

Four letter bombs received in Spain, including one addressed to the Prime Minister