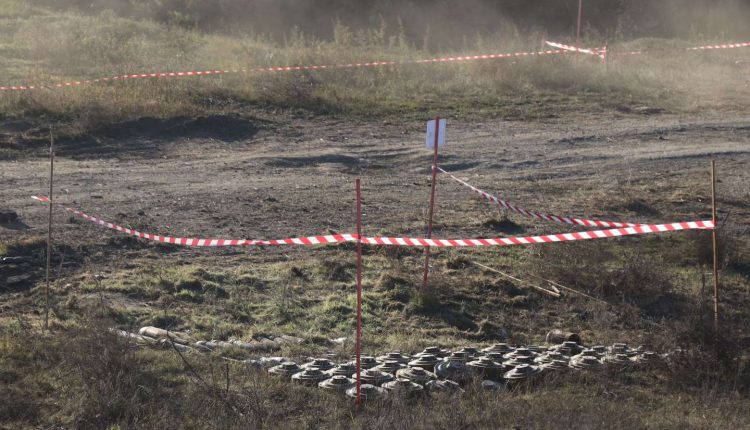 Russia’s invasion of Ukraine does not only affect the women and men who live there. The damage to the environment and biodiversity is immeasurable and, beyond that, the conflict threatens the ecological future of the country.

“About 200,000 hectares of forest on the front line have been affected by fires. And 700,000 hectares will have to be demined, which will take about ten years”says Yehor Hrynyk, a member of the Ukrainian Nature Conservation Group, created in 2014. This 27-year-old forest expert was in Paris on Wednesday November 30 and Thursday November 1er December, to evoke the environmental situation in Ukraine. With him, MP Yuliya Ovchynnykova, member of the Committee on Environmental Policy and Nature Management of the Ukrainian Parliament, Natalia Gozak, director of Ecoaction, a major Ukrainian environmental organization, Dmytro Tuzhanskyi, director of the Institute for Strategy from Central Europe, as well as Oreste Del Sol, a farmer living in Ukraine, involved in the Ukraine Civic Forum.

Received by the International Affairs and Sustainable Development Committees of the National Assembly, they painted a dramatic overall picture. More than twenty national parks and nature reserves were occupied by the Russians, suffering fires and various degradations. The massive bombardments led to the contamination of around 180,000 m³ of land with toxic substances (petroleum, heavy metals and TNT contained in the missiles). The destruction of sewage treatment plants has resulted in significant pollution in conflict zones. “In several coal mines, the water pumping systems no longer work, causing significant pollution of groundwater”reported Natalia Gozak.

Read the decryption: Article reserved for our subscribers Is the war in Ukraine likely to slow down the fight against climate change?

In a July 6 document, the Organization for Economic Co-operation and Development (OECD) referred to the repercussions of the conflict on water, air, soil, and therefore the health of populations, listing dangerous substances, heavy metals and toxic materials contained in ammunition and in damaged or abandoned military equipment. The OECD had then estimated at more than 100 billion dollars the damage caused to infrastructures, housing, various buildings and agricultural land, also evoking the problem of rubble and its toxic waste, in particular asbestos and PCBs. The institution estimated at around 900 the number of natural areas affected by the Russian attacks and at around 30% the surface of the protected areas affected by the war.

You have 46.08% of this article left to read. The following is for subscribers only.