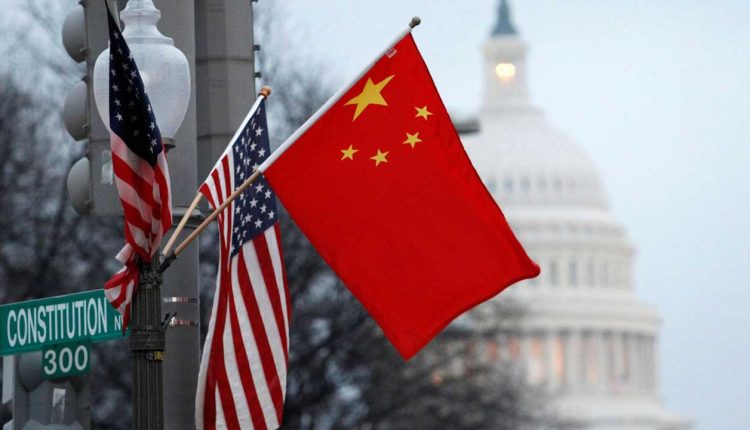 China suspended its cooperation with the United States in the field of climate change, in a move that experts hope will be temporary between the two most emitting countries, to avoid its negative repercussions on the whole world.
The move came just months after the two countries announced an unexpected agreement to boost climate cooperation at COP26 last year in Glasgow.

However, US House Speaker Nancy Pelosi’s visit to Taiwan this week angered China, which considers the autonomous island part of its territory, and prompted it to respond through measures that included suspending cooperation with Washington in several vital areas.

The suspension of climate cooperation between the two countries is “of course worrisome and raises concerns,” Alden Meyer, researcher at E3G, told AFP.

The spokesman for the Secretary-General of the United Nations stressed last Friday that the cooperation of the two countries is essential in “all pressing problems” at the global level.

The suspension of cooperation raises questions about its repercussions on the United Nations climate conference “COP27”, which is scheduled to be hosted by Egypt next November.

“What are the conditions for re-launching the dialogue? Are these conditions climatic or geopolitical?” Li Zhou of the environmental organization Greenpeace asked via his Twitter account.

For his part, Meyer asks whether the Chinese action is “a tactical or a longer-term strategic move? (…) Does China say that cooperation is impossible as long as tensions between China and the United States remain?”

The global temperature has increased at a rate of about 1.2 degrees Celsius compared to the pre-industrial era, which led to a doubling of heat waves, droughts, floods and storms in the world.

In the event that countries do not adhere to their climate commitments, especially in terms of greenhouse gas emissions, the Earth’s temperature could rise by 2.8 degrees by the year 2100, according to estimates by UN climate experts.

Even before the current tension between China and the United States, international commitments were less than required due to factors including the economic crises caused by Covid-19, and the Russian invasion of Ukraine that caused a global energy crisis that prompted the reactivation of coal-fired electric power plants.

Francois Gemin, one of the authors of the IPCC report, sees the Chinese move as “an absolute disaster for the climate (…) comparable to the US withdrawal from the Paris climate agreement” under former President Donald Trump.

And his successor, Joe Biden, returned in 2021 the United States to the agreement aimed at reducing the levels of global warming by the end of the century below two degrees Celsius, and seeking to keep this rise not exceeding the 1.5 degree threshold.

Experts note that the US withdrawal was accompanied by a decline in domestic and foreign climate policy commitments, but they stress that the Chinese move is different.

David Vasco, director of the Climate Initiative at the International Resources Institute, explains that the Chinese announcement “is certainly not a withdrawal from the global arena on climate issues or a refusal to act” on it.

This view is shared by the founder of the “Power Shift Africa” ​​Center for Energy Research, Mohamed Addo, as “the diplomacy of disengagement does not mean that China is backing away from its commitments,” especially since Beijing is “progressing.”

Washington has a long way to go in terms of action on climate change” in many areas.

However, his ambitions in this area are affected by the failure to advance clean energy projects and climate initiatives in Congress, although some progress has been made in this area in recent days.
China still leads the world in terms of greenhouse gas emissions, but ranks far below the United States in terms of the level of emissions per population. China has pledged to reach a peak in emissions in 2030 and neutral in 2060.
Meyer believes that even in the absence of cooperation with Washington, “pressure will be exerted on China from other parties such as the European Union and countries most vulnerable” to the negative effects of the repercussions of climate change.