Diplomatic moves on Syria in the New York meetings 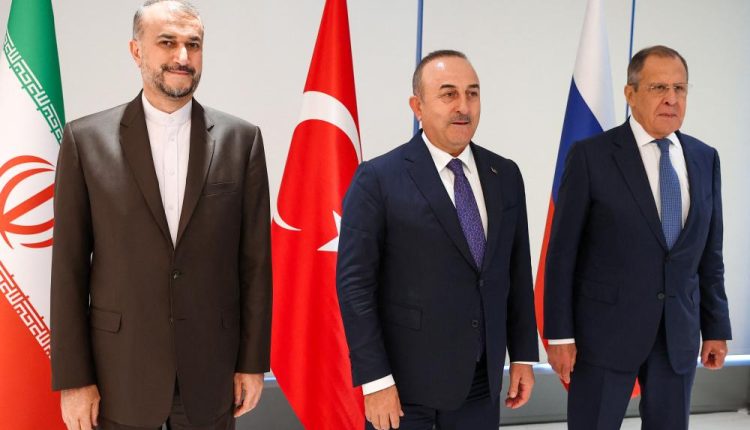 The Syrian-Jordanian meeting is part of the meetings held by Syrian Foreign Minister Faisal Miqdad during his participation in the work of the General Assembly in New York, while an increasing number of countries are heading to the capital, Damascus, in order to restore relations to pre-2011.

According to informed sources, the Syrian minister will meet several Arab ministers at the United Nations, as well as other diplomatic figures on the sidelines of the summit.

A meeting was held between the foreign ministers of Russia, Turkey and Iran, in New York on the follow-up to the decisions of the previous Tehran summit between the heads of those countries. The tripartite ministerial meeting, in New York, came amid accelerating Turkish statements about the normal return of the relationship with Damascus, and informed sources indicate that the meeting was held at the level of foreign ministers in the “Astana” format, on the sidelines of the 77th session of the United Nations General Assembly, which indicates the continuation of tripartite coordination from He postponed working arrangements on the side of the Syrian government, especially from the Turkish side.

Views were exchanged on the current situation in Syria, with the ministers stressing the need to achieve sustainable stability on the ground and bring peace and security to Syria by restoring its sovereignty, independence, unity and territorial integrity.

In turn, Turkish Foreign Minister Mevlut Cavusoglu said, through his account on Twitter, that we held a meeting of foreign ministers of the Astana track, we continue our diplomatic efforts in all fields to find a lasting political solution to the Syrian crisis, while Turkey expressed its desire, through high-ranking officials, for the return of relations with the Syrian government.

Observers believe that the Turkish desire for normalization with the Syrian government comes in light of the European and regional trend to open up to Syria, especially after the recent visits of European officials to Damascus, as well as visits by United Nations officials.

The United Nations: The UAE is the first regionally and 13th globally in the…

Crypto is Quietly Thriving in…

In Italy, “we believed that the right to…

Energy crisis: the municipality of…