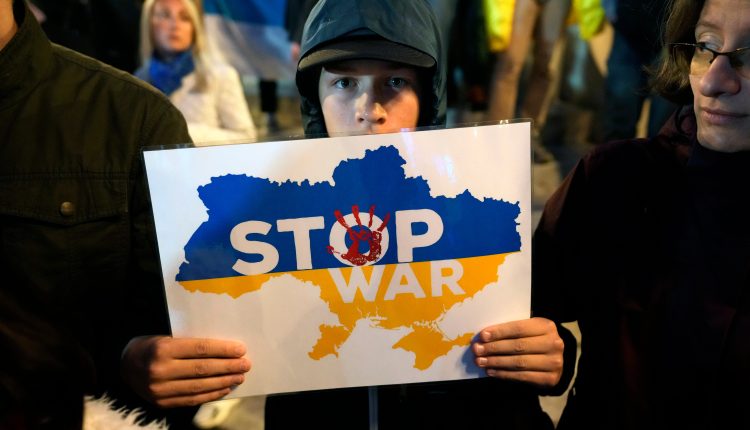 Protests have broken out across Russia over the last week following a new decree by Russian President Vladimir Putin who called for 300,000 fighting-age men to be added to Moscow’s ranks and shipped off to fight in Ukraine.

But one region in particular has grabbed headlines after hundreds were detained in Russia’s first mobilization order since World War II in an area known as Dagestan.

Located in the high Caucasus Mountains in southern Russia and sharing a border with two former Soviet states, Georgia and Azerbaijan, Dagestan’s complex history has led to the outcry seen today.

“The Putin regime has brought the people to the brink,” one Dagestani political refugee in Ukraine told Fox News Digital.

Ali Charinsky fled from the Kremlin in 2016 after being accused of “justifying terrorism” in his work to cover human rights abuses across not only the Caucasus Mountain regions but in areas like Crimea.

The political refugee, now located in Odesa, Ukraine, explained that anger over Putin’s latest order in his home region stems from decades of oppression.

After taking up the presidency in 2000 and his subsequent 22-year reign (including a second stint as prime minister from 2008 to 2012), Putin prioritized an agenda of unification and began cracking down on religious radicalism in the years following the 9/11 attacks on the U.S., Charinsky said.

Aggression among ethnic minorities toward the Kremlin predates Putin’s presidency, and turmoil in Dagestan arose with the Chechen fight for independence after the fall of the Soviet Union in December 1991.

A series of deadly wars raged in Chechnya — which neighbors Dagestan’s western border — starting in 1994 before a peace treaty was signed by then-Russian President Boris Yeltsin in 1996, granting broad autonomy.

But by 1999, Putin, in his first stint as Russian prime minister, voided the treaty and launched a decades-long military campaign. By the end of the second war, an estimated 160,000 civilians were believed to have been killed.

Russia has since grappled with simmering insurgencies across the Caucasus Mountains.

“A partisan movement was formed in Dagestan, so [it became] the epicenter of those who still give armed resistance to Russia,” Charinsky said in an interview translated with the help of the Ukraine Frontline Media Platform.

But Moscow’s attempts to crack down on radicalism created a system of unchecked police brutality that was impartial in who it targeted in Dagestan.

RUSSIA DETAILS WHO WILL EVADE CONSCRIPTION, WAR IN UKRAINE

“The security forces in the fight against the partisans began to commit atrocities, they began to pressure relatives and acquaintances,” he said, adding that anyone could be pulled off the street and brutally interrogated under the guise of counter-terrorism.

“They subjected people to terrible torture in the hope that they would confess to something,” he said.

Before he fled Russia, Charinsky said he personally saw people dragged from the streets into unmarked cars and described how a relative of his was illegally detained for two days and tortured before being released.

“In the end, he was simply let go and forgotten,” he said, noting that neither he nor his family have ever found out what his relative was suspected of.

Charinsky explained that years of oppressive policies have created a prejudicial view of ethnic minorities, and reports this week suggested that minority groups like Dagestanis have been disproportionately targeted in Putin’s war effort.

“The fact is that everything is chaotic in Russia,” he said, claiming that the majority of Russians do not want to go fight in Ukraine.

“When full-fledged mobilization had already begun, they began to squeeze all the juice out of Dagestan, as the largest republic of the Caucasus in terms of population,” he continued. “They took everyone.”

A boy holds a sign during a protest in Belgrade, Serbia, Sept. 21, 2022, against the mobilization announced by Russian President Vladimir Putin.
(AP Photo/Darko Vojinovic)

Charinsky said the level of opposition in Dagestan has taken even its own residents by surprise, and he said, “Putin has … brought them to the peak with his aggressive policies.”

“The fact is that everything is chaotic in Russia,” he said. “For every Dagestani and Caucasian in general, it is now a fight for their relatives’ [lives].”