David Malpass: The world is facing a fifth wave of the debt crisis 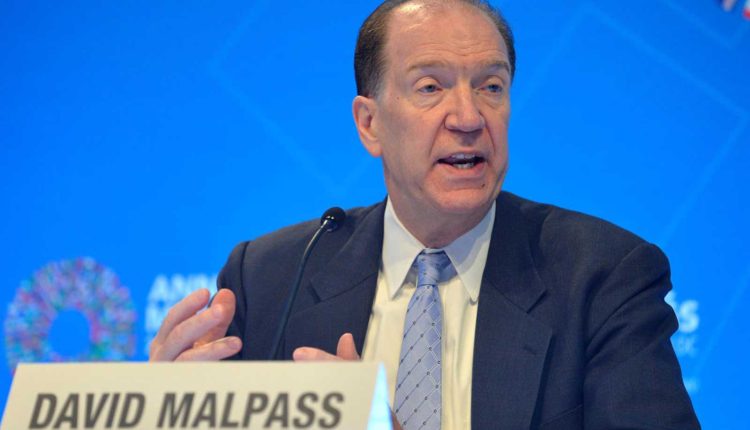 World Bank President David Malpass warned Friday that the world is facing a “fifth wave of the debt crisis,” calling for more support for countries in difficulty.

The pandemic has forced many countries to borrow more, and the World Bank and the International Monetary Fund have warned that many of them are facing debt difficulties or at risk, amid rising global inflation and high interest rates.

“In 2022 alone, about $44 billion in bilateral and private debt service payments are due” in some poor countries, higher than the inflow of foreign aid they could hope for, he added.

“Right now, we are in the midst of what I think is a fifth wave of the debt crisis,” he said.

Days before the annual meetings of the International Monetary Fund and the World Bank in Washington, Malpass called for “fundamentally more transparency” from creditors and borrowers about debt levels.

Malpass has long called for China, a major creditor of low-income countries, to be more open about lending and to be more active in efforts to restructure debt, a difficult process.

His comments come at a difficult time for a global economy that is struggling with rising inflation and rising interest rates that threaten to spread around the world and derail the new recorded recovery.

Some observers have previously warned that massive interest rate hikes by major economies could lead to an all-out recession, but policy makers say allowing high inflation would be even worse.

“It is very important, as we face these financial crises in the developing world, that we recognize the critical importance of advanced economies in restoring growth and moving towards a faster growth environment,” Malpass said.

Also, developing countries need more capital flows, and although the World Bank is expanding the scope of its assistance to countries, this is “not enough.”

According to the World Bank, there have been four waves of debt crisis in the global economy since 1970, which led to financial crises in many emerging and developing economies.