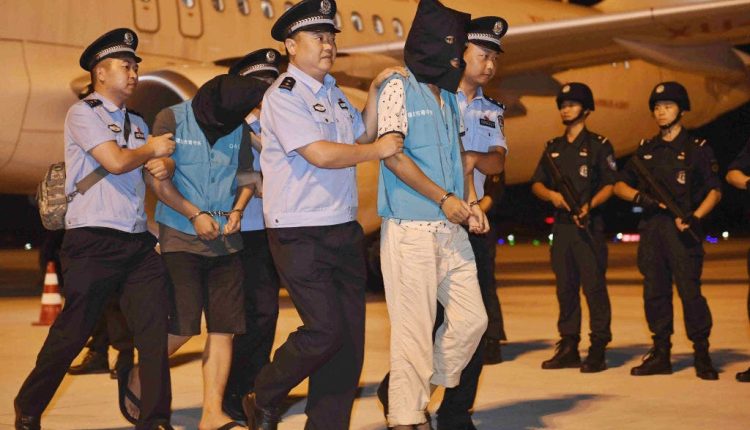 China’s reported overseas police service stations and their operations to persuade citizens to return to the homeland mark a dangerous expansion of the regime’s international reach, according to a human rights advocate.

Safeguard Defenders, a pan-Asian human rights organization, published an investigation last month detailing a Chinese campaign to combat “fraud and telecom fraud” crimes committed by its citizens living abroad. The report indicated that the Chinese Communist Party (CCP) has established at least 54 police stations across 30 different countries, including the U.S.

“I think it shows how brazen the CCP is getting and how little regard they have for other governments,” Laura Harth, Safeguard Defenders’ campaign manager, told Fox News. “It’s in violation of international law, it’s in violation of territorial sovereign.”

The police stations are mostly located in Western Europe, but four are in North America, including one in New York City, according to the report. They allow Chinese authorities to “carry out policing operations on foreign soil,” Hart said.

Through its “110 Overseas” campaign, the Chinese Foreign Ministry of Security has reportedly persuaded over 230,000 overseas Chinese suspects to return to the mainland and face criminal charges.
(VCG/VCG via Getty Images)

“Obviously this shows how unaware, how naive certain governments are, or choose to be at this stage,” Harth told Fox News. “European authorities are severely lacking in awareness and willingness to act on or even look into it.”

Since the campaign launched in April 2021, 230,000 Chinese nationals have been “persuaded to return” home to face criminal prosecution, according to the Ministry of Public Security in China.

“A big part of this transnational policing repression campaign is also aiming at silencing the community, silencing dissent, making sure that people are afraid enough,” Harth told Fox News.

Some reported tactics used to compel Chinese nationals to return include threatening and intimidating family members in China. A suspect’s children can be banned from attending school, and their family’s bank accounts can be frozen and their property confiscated.

US WARNS ABOUT FOREIGN EFFORTS TO SWAY AMERICAN VOTERS

Suspects in telecoms scams are brought back to China from Cambodia as the CCP cracks down on fraud committed by its citizens overseas.
(Xinhua News Agency / Contributor)

“They will interrogate people, maybe detain people,” Harth said. “There’s also guilt by association. There are accounts of people being prosecuted or arrested for the presumed charges against their family members” abroad.

China will “do anything really to convince them to persuade their family members to come back,” she added. “Nothing seems to be too impressive or too harsh” for the CCP.

If those tactics fail, the CCP will deploy its international officers to directly approach the suspect as a means of “persuasion,” according to Harth.

“That’s a clear message to anyone seeking to leave China, already having left China, that you’re not safe anywhere,” she said.

CHINA STILL BENEFITS FROM RUSSIA RELATIONSHIP, EVEN WITH INTERNATIONAL REPUTATION AT RISK: EXPERTS

“This is obviously completely illegal. This is no regular international police cooperation,” she said. “These have been set up without any knowledge of local authorities, without any requests.”

The Chinese government has claimed that the stations provide services to its citizens living abroad, like renewing IDs and driver’s licenses, the Chinese embassy told The Irish Times. While that may be true in part, Harth said, the stations are largely used to enhance China’s overseas law enforcement capabilities.

“We know that they’re building on an existing network of United Front work organizations,” Harth said. “This may escalate very quickly, if not stopped right at the beginning.”

Washington “does not encourage” Ukraine to carry out strikes in Russia