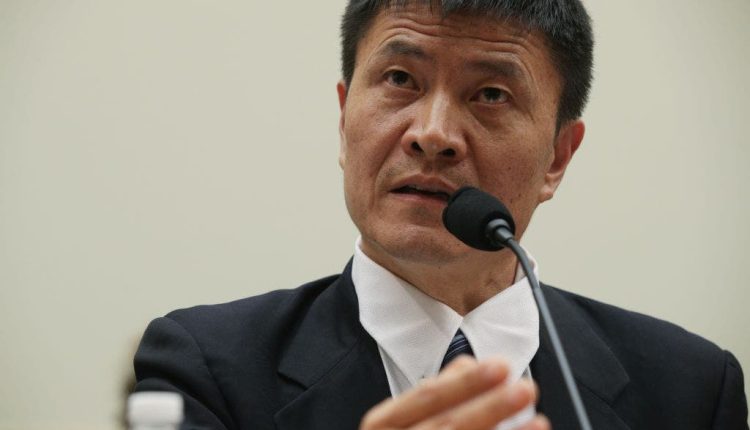 Chinese President Xi Jinping is showing a “rare display of weakness” as Beijing looks to roll back some of it’s more extreme COVID-19 policies, according to a former Tiananmen Square protest leader.

“It’s hard to predict the outcome of the protests now,” Zhou Fengsuo, a human rights activist and former student leader during the Tiananmen Square protests, told Newsweek. “But we are already seeing some loosening of the ‘zero-COVID’ policy, which is a rare display of weakness for Xi Jinping.”

Protests have spread to a number of cities across China as residents pushed back against the country’s strict “zero-COVID” policy, in which local governments would lockdown cities and enforce mass testing after detecting just a few cases of COVID-19.

The policy limited the number of deaths to under 6,000 among its 1.4 billion people population, but residents have grown tired of the severe limitations the rules place on their lives three years after the virus first spread.

Officials in the Xinjiang region over the weekend started to loosen restrictions in areas with low community spread, declaring that they had basically achieved “societal ‘zero-COVID.’” Experts believe that Beijing has changed course in order to help quell the protests.

Former Tiananmen student leader Fengsuo Zhou testifies during a hearing before the Congressional-Executive Commission on China June 4, 2019 on Capitol Hill in Washington, D.C. The commission held a hearing on “Tiananmen at 30: Examining the Evolution of Repression in China.”
(Photo by Alex Wong/Getty Images)

However, protests continued to spread across social media in a rare lapse from China’s censorship network, with videos surfacing on Twitter and TikTok showing demonstrations in cities across the country.

US INTELLIGENCE BELIEVES CHINA PROTESTS WILL FAIL TO SPREAD: REPORT

Some of the protests have included anti-Chinese Communist Party (CCP) chants, which Zhou applauded as part of “going through a baptism of political activism.”

Chinese student leaders hold a candlelight vigil outside the Chinese Embassy in Washington on June 3 to mark the seventh anniversary of the Tiananmen massacre. The students who led the protests in Tiananmen later escaped from China, pictured left to right: Liu Gang, Zhou Fengsuo, Chen Tong and Wuer Kaixi.
(Richard Ellis/AFP via Getty Images)

“As a survivor of Tiananmen massacre, I am in tears while watching the protesters chanting ‘end CCP’ in Shanghai, the birthplace of CCP,” Zhou said.

“Xi Jinping still has complete control within the CCP. But his tight control also means that the system can’t deal with surprises because his underlings aren’t willing to take initiatives without explicit instructions from Xi,” Zhou argued. “Additionally, the ‘zero-COVID’ system is exhausted already. But at this stage, he is still entrenched.”

A person holds a banner during a protest in solidarity over the COVID-19 restrictions in mainland China, during a commemoration of the victims of a fire in Urumqi outside the Chinese consulate in Toronto November 29, 2022.
(REUTERS/Chris Helgren)

Experts have speculated that Beijing’s policies are unsustainable, but that the government cannot completely roll back its policies until more of the population is vaccinated, which means “zero-COVID” may remain for as long as another year.

Beijing has seen some local neighborhoods allow residents with mild or asymptomatic cases of COVID-19 to isolate at home rather than report to large quarantine facilities.

The Chinese Ministry of Foreign Affairs defended its virus response, saying that “facts have proven that China’s epidemic response measures are science-based, correct and effective,” adding that the U.S. has a far higher death toll and is in “no position to point fingers.”

Xi’s government has promised to reduce the disruption of its “zero-COVID” strategy by shortening quarantines and making other changes. However, it says it will stick to restrictions that have repeatedly shut down schools and businesses and suspended access to neighborhoods.