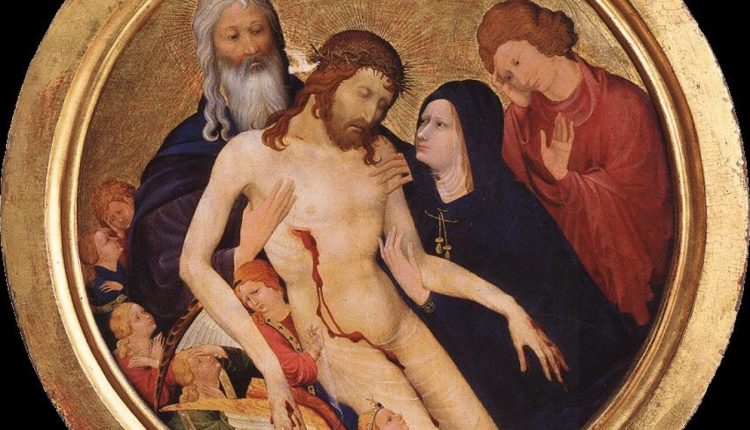 A dean at the University of Cambridge in the U.K. came to the defense of a junior research fellow whose sermon last Sunday about Jesus Christ having a “trans body” reportedly left outraged congregants “in tears.”

Dr. Michael Banner, the dean of Trinity College, said Joshua Heath raised “legitimate” speculation in his Evensong sermon, during which the researcher claimed from the pulpit of Trinity College chapel that non-erotic portrayals of Jesus’ penis in historical paintings “urge a welcoming rather than hostile response towards the raised voices of trans people,” according to The Daily Telegraph.

“In Christ’s simultaneously masculine and feminine body in these works, if the body of Christ as these works suggest the body of all bodies, then his body is also the trans body,” Heath said.

Heath, whose PhD in theology was supervised by the former Archbishop of Canterbury Rowan Williams, also claimed that in one of the Medieval paintings he displayed to the congregation, the spear wound in Jesus’ side “takes on a decidedly vaginal appearance.” In another, he pointed out how the blood from his side flows to his groin.

CONSERVATIVE ANGLICANS WARN CHURCH OF ENGLAND IS CRATERING IN ATTEMPT TO STAY RELEVANT: ‘THE CHURCH IS DYING’

Heath claimed that in the 14th-century Prayer Book of Bonne of Luxembourg, pictured here, the depiction of Jesus’ side wound “takes on a decidedly vaginal appearance.”
(Public Domain)

Heath’s homily during the traditional Anglican service left many in attendance, including children, “visibly uncomfortable,” according to an anonymous congregant who fired off a complaint letter to Banner. Shouts of “Heresy!” reportedly rang out in the church as incensed worshipers left in disgust.

“I left the service in tears,” the churchgoer wrote to the dean. “You offered to speak with me afterwards, but I was too distressed. I am contemptuous of the idea that by cutting a hole in a man, through which he can be penetrated, he can become a woman.”

Heath pointed out that in the 13th-century Pietà by Jean Malouel, the blood from Jesus’ side flows to his groin.
(Public Domain)

“I am especially contemptuous of such imagery when it is applied to our Lord, from the pulpit, at Evensong. I am contemptuous of the notion that we should be invited to contemplate the martyrdom of a ‘trans Christ’, a new heresy for our age,” the congregant continued, adding that Heath’s “truly shocking” sermon “made me feel unwelcome in the Church” and that his partner felt “violated.”

In Banner’s response to the letter, which was seen by The Daily Telegraph, the dean defended Heath, claiming his sermon “suggested that we might think about these images of Christ’s male/female body as providing us with ways of thinking about issues around transgender questions today.”

Heath’s PhD in theology was supervised by Rowan Williams, the former Archbishop of Canterbury.
(AFP via Getty Images)

“For myself, I think that speculation was legitimate, whether or not you or I or anyone else disagrees with the interpretation, says something else about that artistic tradition, or resists its application to contemporary questions around transsexualism,” Banner said.

The dean added that he “would not issue an invitation to someone who I thought would deliberately seek to shock or offend a congregation or who could be expected to speak against the Christian faith.”

“The College would like to make clear the following,” a spokesperson for Trinity College said, according to The Daily Mail. “Neither the Dean of Trinity College nor the researcher giving the sermon suggested Jesus was transgender.”

“The sermon addressed the image of Christ depicted in art and various interpretations of those artistic portrayals,” the spokesperson continued. “The sermon’s exploration of the nature of religious art, in the spirit of thought-provoking academic inquiry, was in keeping with open debate and dialogue at the University of Cambridge.”

Jon Brown is a writer for Fox News Digital. Story tips can be sent to [email protected]