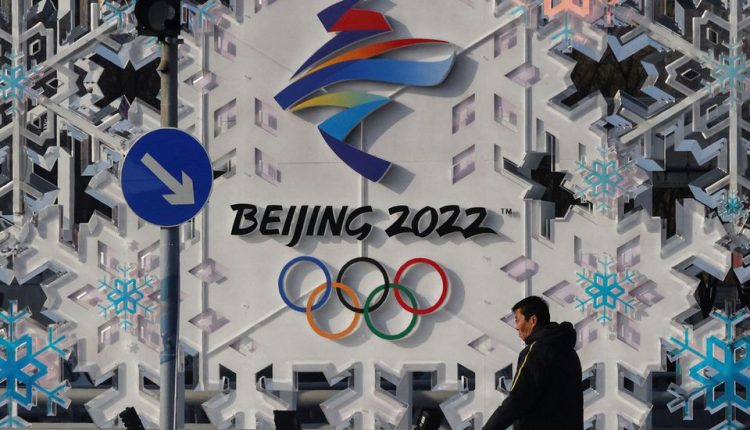 A new English-language song released by Chinese state media for the Beijing Winter Olympics has divided opinion, gaining effusive praise on Chinese social media but panned by overseas critics as “cringey” and out of touch with reality.

The music video “Join Us in Winter” was released this week on China’s Twitter-like platform Weibo by state news agency Xinhua and was also posted on Twitter by other state-backed news outlets such as the Global Times.

The Beijing Games are set to take place from Feb. 4 to 20.

BIJING OLYMPICS: WHAT TO KNOW ABOUT THE 2022 WINTER GAMES

Starring 24-year-old Chinese actor and singer Zeng Shunxi, Xinhua journalist Lu Binqi and patriotic rap group CDRev, known for its tunes targeting perceived enemies of the Chinese government, the cheery ballad urges listeners to attend the games and said whether athletes “win or lose, we cheer for you”.

It generated a big thumbs up on Chinese Weibo, especially by fans of Zeng, who has over 20 million followers on Weibo.

But on Twitter, which is banned in China, others called the lyrics “cringey,” saying the title was misaligned with strict travel restrictions in China and for the Games. There is a mandatory quarantine for most visitors to the country and tickets will not be sold locally.

The Games will be held in a “bubble” that strictly separates athletes and other Games personnel from the public.

“‘Come join us’ … but they haven’t agreed to direct commercial flights, there’s three weeks enforced state quarantine on arrival, and tickets aren’t on sale to the public anyway. My informal advice to (British) winter sports fans: stay on your sofa,” tweeted Christina Scott, deputy head of mission at the British embassy in Beijing.

Xinhua did not immediately respond to a request for comment.

The Chinese and Olympic flags flutter at the headquarters of the Beijing Organising Committee for the 2022 Olympic and Paralympic Winter Games in Beijing, China, Nov. 12, 2021.
(REUTERS/Thomas Suen/File Photo)

Chinese celebrities, state media, former Olympians and a large number of foreigners have pushed out over a dozen music videos promoting the Winter Olympics, which are facing a diplomatic boycott from the United States and other governments over Beijing’s treatment of the Uyghurs and other Muslim minority groups.

More collaborations between Chinese pop stars and state media are scheduled as the games near.