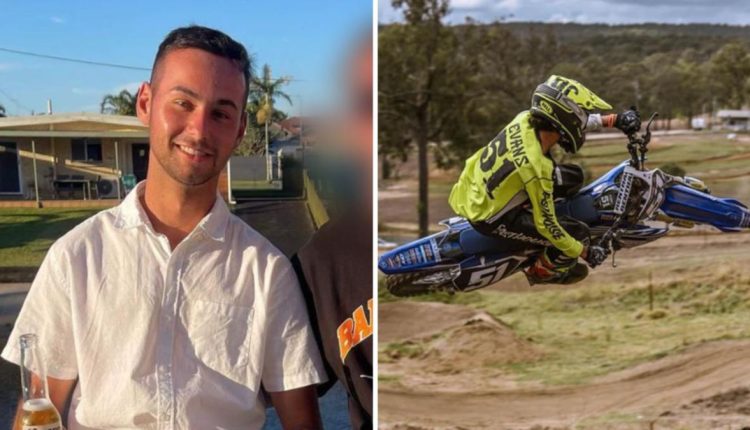 A young man who died in a car crash south of Brisbane has been identified as a professional motocross rider.

Cohn Evans, 22, died at the scene of the crash in New Beith, in Logan, on Wednesday night.

He was in a rear passenger seat of the car traveling on Dungaree Drive.

A 23-year-old man was driving and another man, 21, was in the front passenger seat.

The driver appears to have lost control of the car before it smashed into a tree, police said.

While Evans could not be saved despite the efforts of paramedics, the two men in the front seats sustained only minor injuries.

Evans, from Jimboomba, competed in the top-tier of the Australian Off-Road Championship in 2019, however injuries appeared to hamper his development as a professional rider in the years since.

His friends have paid tribute via the hashtag, #FOREVERC51, a reference to his competition number.

“You showed me what it’s like to feel loved and appreciated and I will forever be grateful for that,” one friend said on Instagram.

Another friend said: “You will be missed by everyone but never forgotten.”

Police are investigating the crash.