Women are often told their fertility ‘falls of a cliff’ at 35 – but is that right? 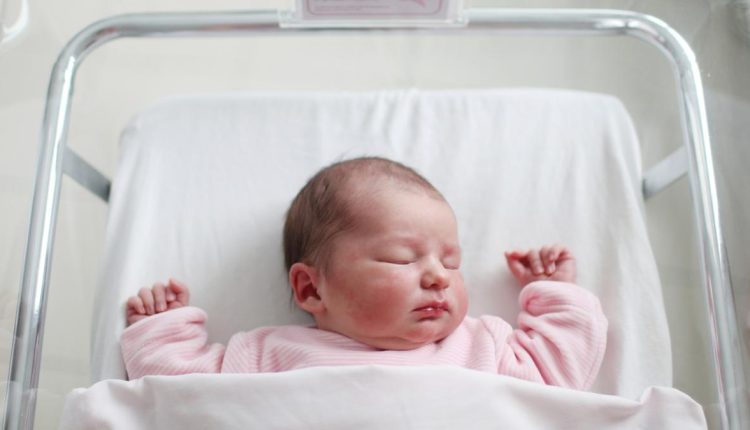 If you want children, it’s important to understand the biology of fertility. This can help those who have a choice about timing to decide when to start trying for a baby.

And for those who don’t have a choice about timing, knowing what the options are can help make the best possible decisions.

A baby girl is born with about one million eggs in her tiny ovaries but by the time she reaches puberty there are only about 300,000 eggs left. This is a normal physiological process called atresia.

Of the eggs that remain when a woman starts having periods, only 300-400 will mature and be released in ovulation during the reproductive years. By the time a woman reaches menopause, there are no more functioning eggs in her ovaries.

While women in their mid- to late 40s sometimes have “miracle babies”, the chance of pregnancy is minimal in the 5-10 years leading up to menopause.

As women age, egg quality declines too. It’s estimated about 20 per cent of all human eggs are “aneuploid”, which means they have the wrong number of chromosomes. This proportion increases as women age.

When an aneuploid egg is fertilised by a sperm it gives rise to an aneuploid embryo – which in most cases stops developing or ends in an early miscarriage.

What does this mean for the chance of a baby at different ages?

A woman’s most fertile years are between her late teens and late 20s. By around age 30, fertility starts to slowly decline and by mid-30s the decline speeds up.

But the decrease in chance of pregnancy after age 35 is gradual and more like a slope than a cliff, at least until age 40.

So up to age 41, most women who try for a baby will be pregnant after trying for up to 12 months. But the proportion who don’t achieve pregnancy increases with age, and the drop in chance is more noticeable after age 35.

What about men’s age and fertility?

While it happens later in life than for women, men’s age affects the chance of pregnancy too.

IVF is not a good plan B

Unfortunately, IVF can’t improve the quality of eggs, and the woman’s age is the biggest determinant of IVF success. Data from Victoria show that after three completed IVF cycles, 61 per cent of women aged 34-35 when they started treatment had a baby.

What are the options?

Life circumstances, including not finding a partner who is willing to commit to parenthood, can prevent people from having children during their most fertile years.

Here are some options if you are worried about how age might affect your chance of having a baby:

Finally, a word of caution. Ovarian reserve testing is often promoted as a way for women to find out their fertility and chance of getting pregnant.

The so-called “egg timer” test measures the level of anti-mullerian hormone (AMH) in the blood, a hormone produced by reproductive tissues. The thinking is the more eggs present, the more AMH will be present, so it’s marketed as a type of “egg counting”.

However, research shows the test is not a reliable test of a woman’s fertility. On average, women of the same age have the same monthly chance of getting pregnant, regardless of their AMH level.

This article first appeared in The Conversation.

Elle discovered she was pregnant after shattering diagnosis. She shares the warning signs she missed