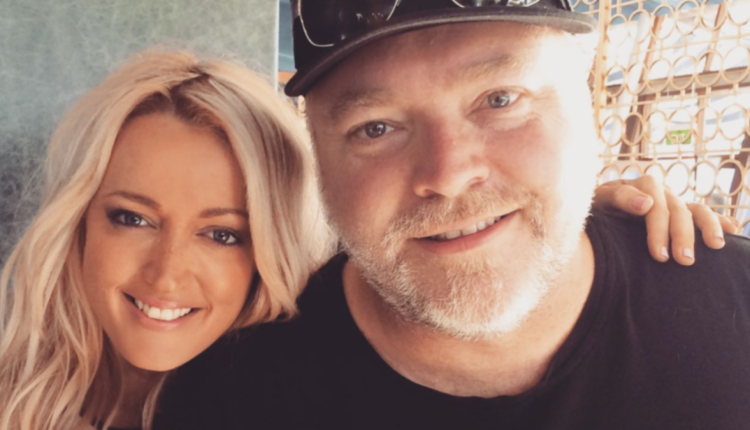 Kyle Sandilands and Jackie O were briefly “dumped” off air as they presented their Tuesday morning show on KIIS FM.

But this time it wasn’t Kyle being bleeped for a controversial comment – it was something a little more technical.

WATCH THE VIDEO ABOVE: Kyle Sandilands hits back over ‘offensive’ segment

As the show returned from a song break, a pre-recorded alarm message came over the airwaves, leaving listeners deeply confused.

“The station you have been listening to has been dumped,” the message stated.

“This means someone has said something inappropriate, and is currently getting in trouble.

“The broadcast will return in seconds.”

Jackie ‘O’ Henderson was left baffled by the message, wondered how something “inappropriate” could have been said during the playing of a non-offensive song.

“Um, well, that was a mistake, actually,” she said when the pair were back on air.

“I don’t know why that went off.

“But now we are no longer in … What the hell’s going on over there?” she asked aloud as another random radio alert sounded.

“(We are no longer in delay), just so you know, so we can’t be beeped for anything.

“Nothing can be beeped, I don’t know what we have to do in this situation.”

At this point Kyle Sandilands chipped in, in typically blunt fashion.

He then quipped to Australian Idol co-host Scott Tweedie, who was just about to join them for an interview: “Hey Scott, behave yourself, okay, that’s all I’m going to say.”

Tuesday’s technical glitch was literally down to someone pressing the wrong button, it seems.

Kyle Sandilands slams his own radio station in eight-minute rant live on air: ‘Sick and tired’

No doubt the pair were having flashbacks to an August incident in which Sandilands did actually swear during a technical malfunction.

Sandilands and Henderson were interviewing comedian Jim Jefferies when a single-note hold tone sounded for seven seconds, which in radio time undoubtedly felt like an eternity.

When the pair returned to air, Henderson explained that Sandilands had told Jefferies to “eff off,” “and then suddenly the bleep button got stuck.”

Once again, the pair then had to continue live and without a delay.

“There’s no delay anymore, guys, so I’m very nervous with both Jim and Kyle live,” she joked.