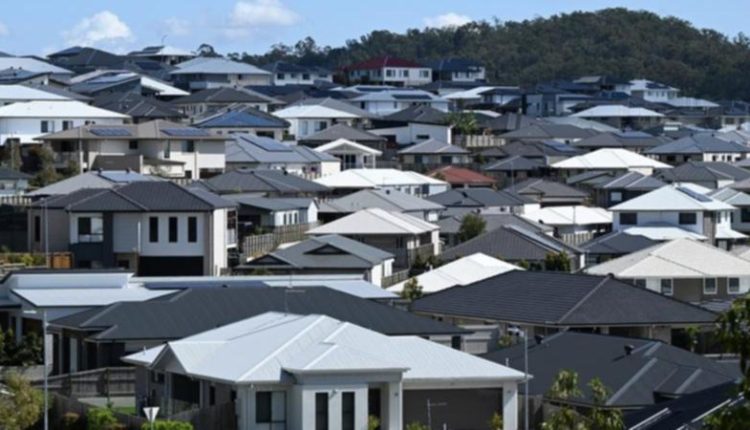 Property prices keep tracking down as interest rate rises continue to eat into the sum buyers can borrow.

Home value trackers show a slowdown in the pace of decline, however, with CoreLogic’s home value index reporting the smallest monthly decline since June.

WATCH THE VIDEO ABOVE: How to choose a housemate during Sydney’s rental crisis.

The 1 per cent drop for the month represented a more moderate decline from earlier in the year, with Sydney and Melbourne prices braking more dramatically than in smaller markets.

In August, home values in Sydney fell 2.3 per cent, whereas in November they fell by just 1.3 per cent.

A second home price gauge released by PropTrack, which employs a different methodology to track home price movements, showed home prices down 0.16 per cent for the month.

While the November score represented an acceleration on October’s pace of decline, recent falls across this index are also smaller in size than drops seen earlier in the year.

The accumulative falls have done little to unwind the massive pandemic upswing, with national prices still 30 per cent above pre-pandemic levels as per PropTrack estimates.

According to this index, home prices have fallen 3.81 per cent from their peak.

But with the pace of decline slowing, CoreLogic’s research director Tim Lawless said there was a chance buyers had become accustomed to the new market conditions.

“Potentially we are seeing the initial uncertainty around buying in a higher interest rate environment wearing off, while persistently low advertised stock levels have likely contributed to this trend towards smaller value falls,” he said.

But with the typically busy spring selling season drawing to a close, the fastest interest rate tightening cycle since the 1990s is likely to keep forcing prices down across most of the country.

PropTrack senior economist Eleanor Creagh said another 25 basis point rate rise was “all but certain”, taking the cash rate to 3.1 per cent.

She said this would continue to drive up borrowing costs and shrink the maximum amount buyers can borrow, pushing prices down further.

“Though positive demand effects will counter the downward pressure to a degree, with price falls likely to ease once interest rates stop rising in 2023,” Creagh said.

Of the major cities, CoreLogic’s index showed Brisbane and Hobart leading the downswing – falling 2 per cent in November – with Perth and Darwin values yet to show any material reversal in housing prices, edging 0.2 per cent higher for the month.