Why Cleary can change coaching: ‘Goes against everything you are ever taught’ 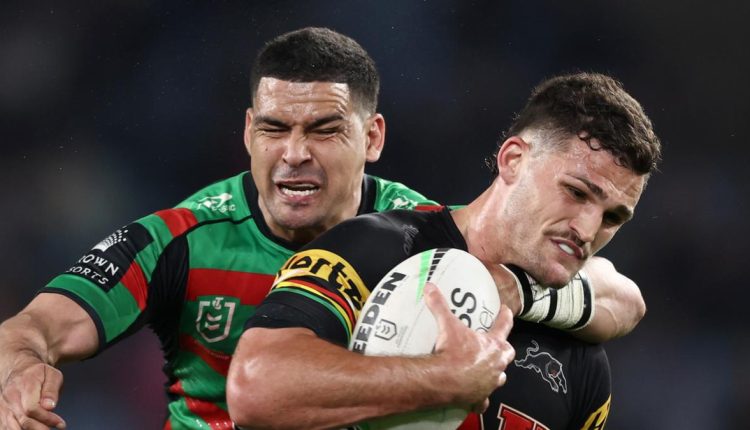 If the greatest halfbacks in rugby league history were invited to a banquet at a long table, Penrith’s 2003 grand final hero Scott Sattler says Nathan Cleary would deserve a reserved seat.

Sattler, whose try-saving tackle on Roosters winger Todd Byrne in the 2003 decider is part of NRL folklore, says Cleary’s unique skillset is set to change how coaches teach their players about basic skills.

Cleary will be playing in a third consecutive grand final when the Panthers face Parramatta on Sunday, having claimed the Clive Churchill Medal as best on ground in last year’s triumph.

“We are witnessing greatness with Nathan. We are in the midst of a guy who is 24 years of age and still hasn’t found the best part of his game,” Sattler said.

“If he wins on Sunday, he’s won two of three grand finals. Joey (Andrew Johns) played in two and won two. Alfie (Allan Langer) played in four and won four. JT (Johnathan Thurston) played in three and when he was a deadset legend in 2015 he ices the grand final with a golden point field goal.

“Dominant halves like Nathan, overwhelm the opposition with their greatness.”

Johns said recently that Cleary was ahead of where he and Thurston were at the same age. Sattler agrees.

The arsenal Cleary has, with his variety of grubber kicks and floating bombs, is top shelf but Sattler said he was reinventing the wheel with his passing game.

“Nathan goes against everything you are ever taught as a junior with his passing game,” Sattler said.

“He does things totally different and the game needs that unpredictability. In the next six years or so he can change the way we coach players with their basic skills.

“He will throw a spiral or flat pass but he will also look like he is going to turn someone under on an angle but then, while he’s got his back to the defence, he will shift it to the outside with a boom pass in the direction he is running.

“You are taught not to do that, with your back to the defence, but he does it on the run and he does it with momentum.

Sattler does not like to compare halves but has a profound way of explaining where Cleary sits in the pantheon of greats.

“If you have every position sitting down over dinner at a big long table one night and you’ve got the greatest halfbacks that have ever played the game, who is sitting at that table?

“You’ve got Joey, Alfie, JT, Tom Raudonikis, the great Billy Smith…all those sort of guys. Could Nathan Cleary be at that table? Absolutely he could be. He sits at that same table having dinner with them.

“If he wins Sunday’s grand final, and probably another Clive Churchill Medal, he is ordering the entree.”

From spoon to grand final: Ex-butcher wants to leave a champ after epic prelim