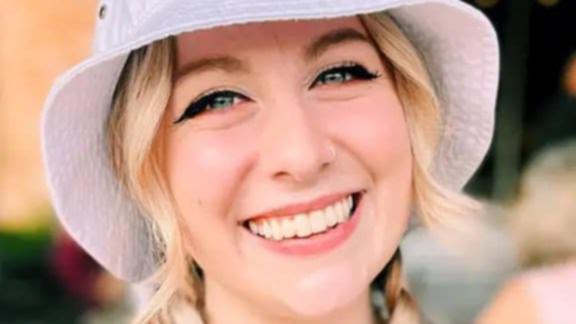 The Virginia teacher who was shot by her six-year-old student, along with other teachers, had warned school officials the boy could be armed, according to the victim’s lawyer and a loved one.

A source close to Abigail Zwerner said she sent a text about an hour before she was shot on January 6, saying that the student said he had a gun in his backpack and administrators at Richneck Elementary School in Newport News weren’t helping.

The text “showed her frustration,” said the source, although they did not disclose the messages that came before or after it.

“She was frustrated because she was trying to get help with this child, for this child, and then when she needed help, no one was coming.”

Zwerner, 25, is recovering at home from the gunshot wound to her hand and chest.

On Wednesday morning, her attorney Diane Toscano held a news conference and said three teachers went to the school administration about the boy’s behaviour on January 6 and that they believed he had brought a gun on campus.

Zwerner first went to a school administrator between 11.15am and 11.30am local time on the day of the incident and said the student threatened to beat up a classmate, Toscano said.

A second teacher went to a school administrator an hour later and told the administrator she took it upon herself to search the six-year-old boy’s backpack.

“The administrator downplayed the report from the teacher and the possibility of a gun,” Toscano said.

A third teacher told an administrator shortly before 1pm, the boy showed a student the gun at recess and “threatened to shoot him if he told anybody,” Toscano said.

A fourth employee asked an administrator for permission to search the boy and was denied, Toscano said.

The administrator told the employee, to “wait the situation out because the school day was almost over,” Toscano said.

Toscano said the “administration could not be bothered” and the tragedy was “entirely preventable” if the administration “had taken action when they had knowledge of imminent danger. But instead, they failed to act and Abby was shot”.

Toscano said she plans to bring forth a lawsuit on Zwerner’s behalf.

A district spokesperson could not be immediately reached for comment about Toscano’s allegations.

The school’s officials have previously told parents the boy’s bag was inspected after he arrived late to school and signed in at the office.

Teacher escorts students to safety after being shot

Toscano called Zwerner the “best of us,” a dedicated teacher who endured the unthinkable: “Being shot purposely by a six-year-old student in front of her first-grade class while teaching”.

Zwerner still has a bullet lodged dangerously inside her body, Toscano said.

“Today she is in between surgeries and physical therapy appointments with a career in question,” Toscano said.

“The road to full recovery will be long and as her physical condition improves, the psychological wounds cut deeply and remain fresh,” Toscano said.

The school system’s superintendent, George Parker III, said at a virtual town hall this month that at least one administrator was notified of a possible weapon.

A Newport News police spokeswoman said authorities also determined through their investigation that “a school employee was notified of a possible firearm at Richneck Elementary before the shooting occurred”.

Further details weren’t made available about who conducted the search, why the gun wasn’t found and whether the child’s clothing was physically examined.

Zwerner was hailed as a hero by police who said after she was shot, she still managed to safely escort about 20 students out of her first-grade class at Richneck.

“I believe she did save lives, because I don’t know what else might have happened if those kids would have stayed in that room,” Newport News Police Chief Steve Drew said during a news conference earlier this month.

No charges connected to the case have been publicly announced.

Drew has said that the child’s mother legally bought the 9mm Taurus firearm used in the shooting and that the boy took the gun from his home. Whether it was properly secured is a key element in the investigation, he has said.

The family of the boy who shot Zwerner said in a statement last week that the gun was “secured” when the child took it from their home but didn’t go into further detail.

“Our family has always been committed to responsible gun ownership and keeping firearms out of the reach of children. The firearm our son accessed was secured,” said the statement, released by the family’s attorney James Ellenson.