US swimmers claim redemption at Worlds 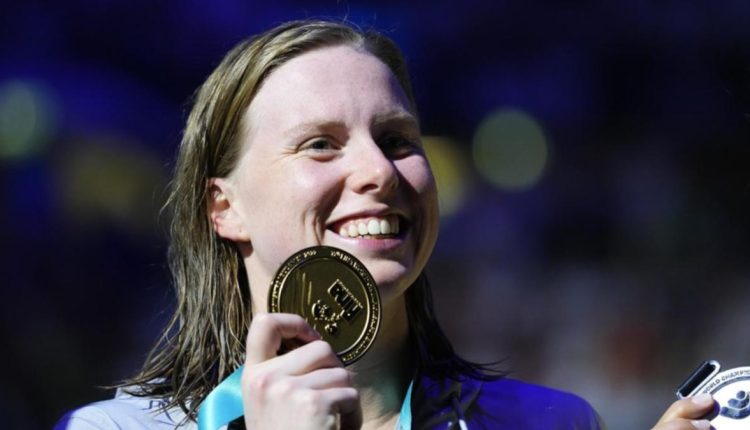 On a night of redemption for American swimmers, Lilly King, Ryan Murphy and the men’s 4×200 freestyle team claimed three more gold medals for the US at the world swimming championships.

“Any time I have a bad swim, I feel like I got a lot of haters out there. And just to be able to prove them wrong, gets me going,” King said.

The 25-year-old finished strongly to clock 2:22.41 and beat Australia’s Jenna Strauch by 0.63. Kate Douglass claimed the bronze for the US.

“It’s really nice to be able to kind of complete the set and I guess I’m a decent swimmer now,” King joked of her 10 medals – nine of them gold – from the worlds.

Murphy got the Americans’ second gold of the evening in the men’s 200 backstroke, clocking 1:54.52 to beat Britain’s Luke Greenbank by 0.64 seconds and US teammate Shaine Casas by 0.83.

At 26, Murphy is another relative veteran on the American team. It was his first gold from an individual event at a words, adding to his four from relays.

In the relays, the Americans had some making up to do in the men’s 4×200 freestyle after failing to finish among the medals for the first time ever in that race at the Olympics last year.

Drew Kibler, Carson Foster, Trenton Julian and Kieran Smith duly obliged by clocking 7:00.24 to finish more than three seconds ahead of the Australian and British teams.