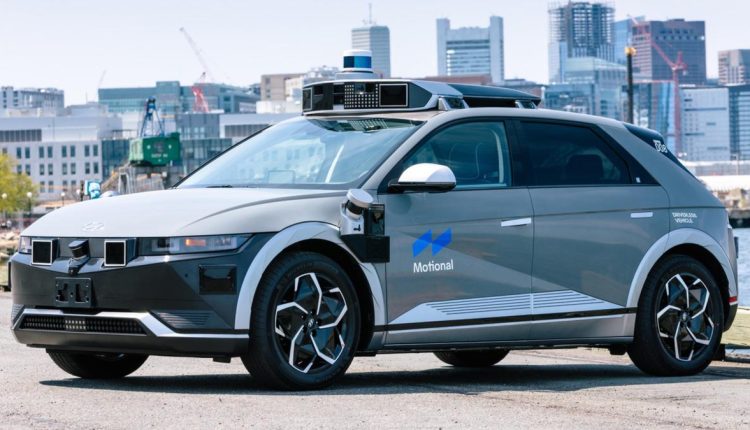 Ride-sharing giant Uber has signed a 10-year commercial agreement with autonomous driving technology developer Motional to offer “fully driverless rides” and delivery services in the certain parts of the US.

As part of the agreement, Uber will “strategically” deploy Motional’s Hyundai Ioniq 5-based electric robotaxis to certain cities across the USA, with the potential to reach “millions of customers”.

This 10-year agreement builds on a recent pilot from earlier this year where Motional began conducting autonomous food deliveries for UberEats customers in California.

The companies claim this 10-year agreement will make them the first to offer both autonomous ride-hailing and delivery services.

The first of these autonomous robotaxi Uber trips are expected to start before the end of the year. They’ll be available in certain US cities from the UberX and Uber Comfort Electric categories.

More details on the cities and services will be revealed in the future, according to the companies.

“This agreement will be instrumental to the wide scale adoption of robotaxis,” said Motional president and CEO Karl Iagnemma.

“Motional now has unparalleled access to millions of riders and a roadmap to scale significantly over the next ten years. We’re proud to partner with Uber to bring both driverless ride-hail and deliveries to life in cities throughout the U.S.”

This isn’t the first time Uber has dipped its toe into autonomous vehicle technology.

Uber was developing its own autonomous vehicle technology for a number of years, but shut the project down after years of scandal – including the death of a pedestrian hit by an Uber test vehicle, and an engineer being jailed after allegedly stealing secrets from Google.

In late 2020, Uber decided to offload its Advanced Technology Group to Aurora, a startup focused on making autonomous trucks a reality.

As part of the deal, Uber invested $US400 million ($A623 million) in Aurora for a 26 per cent stake. Uber CEO Dara Khosrowshahi also took a seat on Aurora’s board.

The move to introduce all-electric Hyundai Ioniq 5 robotaxis to Uber fleets is meant to “positively contribute” to Uber’s commitment to being a zero-emissions platform by 2030 in the US.

Mr Khosrowshahi told CBS News in September the company has pledged for the same target in Canada and Europe too.

Uber has previously said it wants to be a zero-emissions company by 2040, and has been pushing drivers to electric power around the world with a mix of incentives.

In Australia, it’s halving service fees for electric vehicle drivers between now and mid-2025, in a bid to encourage its operators to move away from petrol, diesel and hybrids.

The policy follows a successful 12-month trial in Australia. Uber says the move is equivalent to a $26 million investment in the Australian electric vehicle market.

According to Uber, more than 378,000 electric trips were completed between July 1, 2021, and July 8, 2022, and the number of monthly EV trips has increased nearly five times around Australia.

A survey conducted by Uber in 2021 said almost 60 per cent of its drivers were looking to go electric by 2026, but only if it could be made more cost-effective.

Uber Australia and New Zealand general manager, Dom Taylor, last year said Uber will “lose money” on every ride with half-price service fees, but believes “the benefits” of swathes of the company’s fleet moving to electric power “will be worth it”.

MORE: Uber quits autonomous vehicle development after years of scandalMORE: Motional to launch self-driving Hyundai Ioniq 5 taxi in 2023MORE: Uber wants to be EV-only by 2030 in some markets