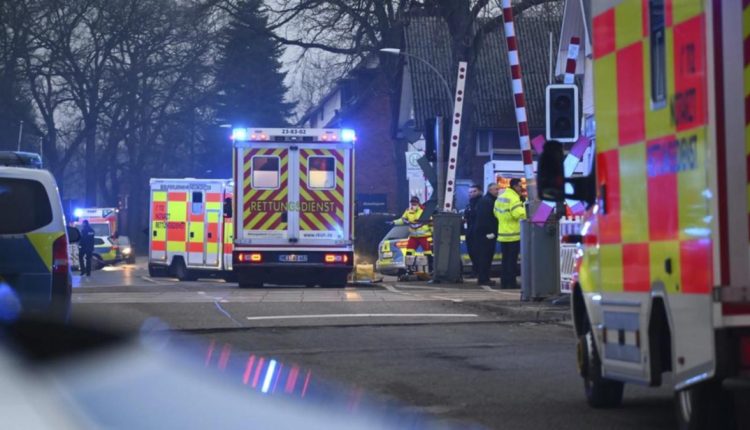 Two people have been killed and five injured in a knife attack on a regional train in northern Germany, authorities in the state of Schleswig-Holstein say.

Schleswig-Holstein’s Interior Minister Sabine Sutterlin-Waack and a spokesperson for the federal police in the state confirmed that there had been a knife attack with casualties.

A man attacked passengers with a knife shortly before 3pm on Wednesday local time, before the train arrived at Brokstedt station, police said.

The motive was not clear.

The railway station was closed off by police.

Brokstedt is a small community about 60 kilometres north of Hamburg in the state of Schleswig-Holstein.

Police were investigating at the train station in Brokstedt, the German railway Deutsche Bahn said on Twitter, adding that some services between Hamburg and Kiel had been cancelled.

Boy ‘feared for life’ after sting from potentially deadly jellyfish