Tiger Tim is official as two Giants land at big Vic clubs, others set to follow 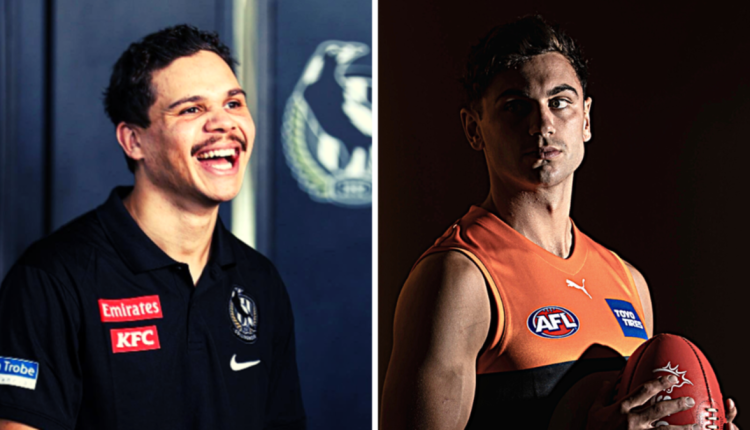 Richmond will turn their attention to landing Jacob Hopper after securing an AFL trade deal for his GWS teammate Tim Taranto.

The Tigers parted with draft picks 12 and 19 in exchange for Taranto, who has signed a whopping seven-year contract.

WATCH THE VIDEO ABOVE: 7NEWS reporters Tom Browne and Mitch Cleary with all the latest trade news.

Fellow midfielder Hopper will require a separate deal and could cost Richmond next year’s first-round pick.

The pair are key to the Tigers’ plans to regenerate their engine room for another premiership push after falling short the last two seasons.

Taranto played 114 games for GWS over six seasons after being selected with pick No.2 at the 2016 draft.

The 24-year-old won the Giants’ best-and-fairest in 2019, when they lost the grand final to Richmond.

“Tim is a player we admire because of his obvious on-field ability and also his work rate, high standards and leadership traits,” Richmond list boss Blair Hartley said.

“At only 24 years of age Tim has a lot of very good football ahead of him and we are delighted that he will have the opportunity to do that in yellow and black.

“We think Tim will be a very popular player among his new teammates, coaches, staff and, of course, our supporter base.”

It is expected at least four players will leave GWS during the trade period, with Bobby Hill securing his move to Collingwood on Monday and Tanner Bruhn heavily linked with Geelong.

The Magpies received Hill and pick 40 in exchange for pick 43 and a future second-round selection.

Hill wanted a move to Victoria last year to be closer to family but was denied his request.

The 22-year-old small forward took indefinite leave in May this year following his diagnosis with testicular cancer.

He made a remarkable return to action with the Giants’ reserves in their final VFL game of the season.

“I have a lot of friends and people at the Giants who have supported me through a very difficult period of my life,” Hill said.

“I thank the club for their overarching support and care they gave me and my family.

“Those who know me understand that Collingwood is the right place for me to take my career.

“There is a special dynamic with this group and I am really looking forward to meeting the boys and being guided by Craig (McRae) and his coaching side.”