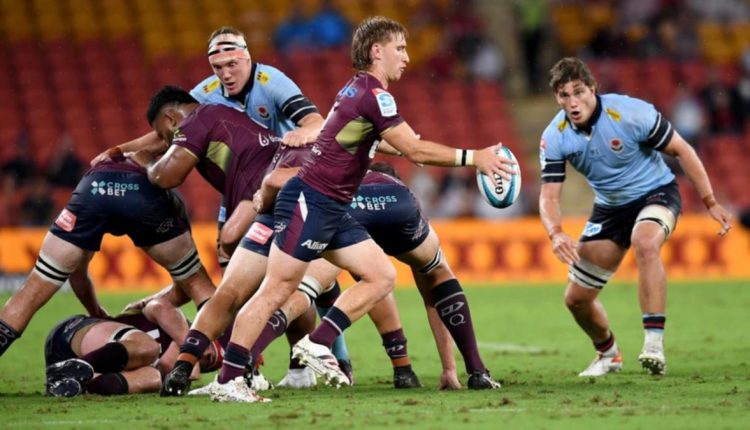 Three “rivalry” match ups for each team are a feature of the 2023 Super Rugby Pacific draw announced on Sunday.

Each of the 12 teams will play 14 regular season matches, meeting every other side at least once and playing three designated opponents twice, home and away.

WATCH THE VIDEO ABOVE: The controversial call that robbed the Wallabies of a Bledisloe Cup victory.

Next season’s competition also sees Fijian Drua playing six home matches in Fiji after being based in Australia last season while New Zealand-based Moana Pasifika will play an historic first home match in Apia against the Queensland Reds in round eight.

Defending champions the Crusaders kick off the season on Friday, February 24 in a home clash with the Chiefs.

Round two is the previously-announced Super Round at AAMI Park in Melbourne where all 12 teams will gather.

All teams get one bye round in weeks 7, 8 or 9 and the top eight teams will again qualify for the finals.

Afternoon kick-offs are another feature of the draw with 24 daytime matches.

The “rivalry” match ups for the home and away clashes are mostly against teams from the same country.

The match ups are:

“Being able to play regularly in front of home fans, and to travel across the Tasman and around the Pacific is massive for the competition, especially for fans, who can support their teams through a full home schedule,” said Rugby Australia CEO Andy Marinos.

“Everyone saw what Super Rugby Pacific had to offer in its first season and all 12 clubs have taken that excitement into the off-season and will be primed for a shot at the title in 2023.”