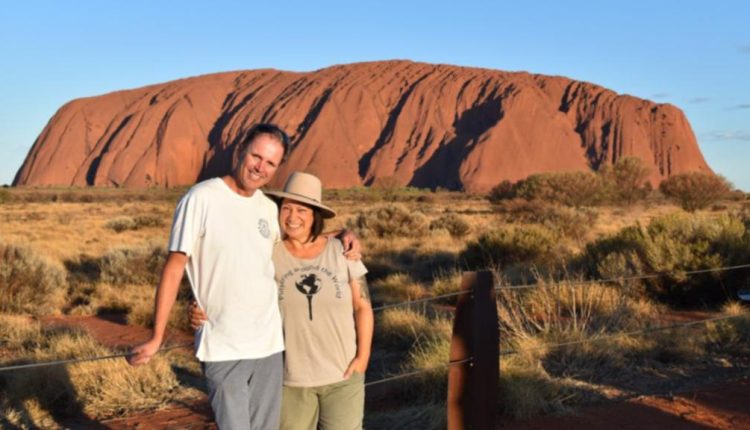 Travelling around the world while staying in other people’s homes free of charge might sound too good to be true, but that’s exactly what Menekse and James Humphrey have managed to do.

Along the way, they discovered an “incredible” way to do so, rent-free while also earning money and meeting new people.

“At first we didn’t even know something like this existed, let alone if it was an option for us,” Menekse told 7NEWS.com.au.

The pair, who are keen golfers and animal lovers, discovered they could pet-sit at people’s homes in exchange for free accommodation while travelling – and checking out golf courses – all around the world.

Since then, they have embarked on countless adventures across numerous countries, even getting paid to do so.

“One of the advantages, apart from the money, is that you just meet the most amazing people,” Menekse said.

Apart from forging new friendships with locals everywhere they visited, the pet-sitting duties meant the couple were even getting to see a lot of places they didn’t even know existed.

“We stayed in all these little towns that we wouldn’t have even known about,” she said.

Their pooch-sitting destinations have included various spots around Germany, Australia and the United States.

The jobs weren’t restricted to the many “beautiful” dogs they’ve met along the way. The pair have also cared for everything from fish, to rabbits and cats and even some geese.

James said at first it was strange staying in other people’s homes but, once they got used to it, it really suited their lifestyle.

“After a while we sort of just got into a routine with it,” he said.

“And then it was just like checking into an Airbnb which is a similar situation I suppose. It is another stranger’s house you get to live in.”

Around the world there are currently about 471 million pet dogs, and about 370 million cats according to Statista, PetSecure, Growth from Knowledge, and Simply Insurance.

So it’s no surprise the global market for pet-sitting is huge.

From specialised pet-sitting websites and apps, to Facebook and community groups, there are lots of opportunities to mind people’s pets.

However, with the growing amount of people jumping on this trend, it has started to become quite a competitive space.

Some posts on local dog sitting Facebook groups in Sydney for example have received hundreds of comments and offers from keen dog-sitters.

‘Seeing where the adventure takes us’

Meanwhile, as the couple continue their journey, Menske says they can’t wait to see where they end up next.

“We are looking forward to not having a plan, just seeing where this adventure takes us,” she said.

The very next stop on their journey, however, is New York City, home to one of the world’s most well-known urban green spaces.

“Can you imagine how cool it is going to be to walk a cute dog around Central Park, and get paid to do so?” she said.

“That’s going to be incredible.”

The couple added apart from getting homesick around Christmas there haven’t been many downsides to the pet project side hustle.

“The only thing I would say is it’s something that not everyone can or should do really,” James said.

“It should only really be something that only genuine animal-lovers are doing, not just people that are trying to save money.

“Because these pets are part of people’s families, they deserve the best care.”