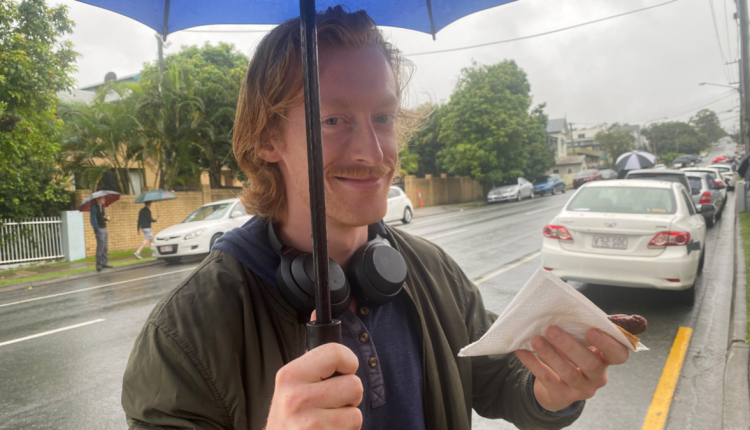 It’s perhaps unlucky for Scott Morrison that it was raining heavily in Brisbane on the day the electorate was provided with an opportunity to judge his record on climate change.

The issue has overwhelming emerged as a key voting influence on the ground in key seats in the natural disaster-weary Queensland capital on federal election day on Saturday.

Brisbane bloodbath? How the Sunshine State could make or break election chances

The LNP seats of Brisbane and Ryan, held by Trevor Evans and Julian Simmons respectively, are considered by political experts to be at risk of changing hands, with Labor and the Greens considered chances in both inner-city seats.

Among the reasons climate change is expected to play a role in the generally-wealthy areas is because both were impacted by floods this year and in 2011.

“It’s very much like it’s rapid changes. It’s displacing a lot of people. It’s causing a lot of lives to change.

“Everyone I know is concerned about the same thing. I’m from Toowoomba and it’s the same sort of thing.

”Specifically in Ryan, it feels like Greens have really come out this election. That’s the feel I get here.”

The dissent against the Coalition government goes further than the climate change issue, with Scott Morrison’s leadership an apparent liability.

However, there is a sense Queenslanders aren’t convinced Labor leader Anthony Albanese is the best alternative.

“I’ve never voted anything other than Liberal and I can’t stand that Morrison,” said Trisha, 63.

“I don’t trust a word that comes out of his mouth.

“I think it’s terribly important that we have federal ICAC. I don’t know what they’re hiding.

“I don’t think this government is representing us.

Similar sentiments were expressed in the suburb of Bardon in the Brisbane electorate.

Supporters of Morrison and the Coalition in Brisbane remained positive the conservative parties would better handle the economy.

Daniel, 52, from Kelvin Grove said he’s voted for the party “who’s got a better plan for that”.

“Personally, I think the government’s initiative for people to access to super for housing will be influential in a number of areas. I think it makes sense,” he said.

What could also hurt the Labor primary vote is the perception that they won’t do enough to address the climate.

“I don’t think there’ll be any of that addressed. It’s fed a little a bit of a malaise about the process,” said Stuart, 48, from Bardon.

What is monkeypox? A microbiologist explains what we know about this smallpox cousin