‘The look of love’: Prince and Princess of Wales release intimate pics amid royal ‘war’ 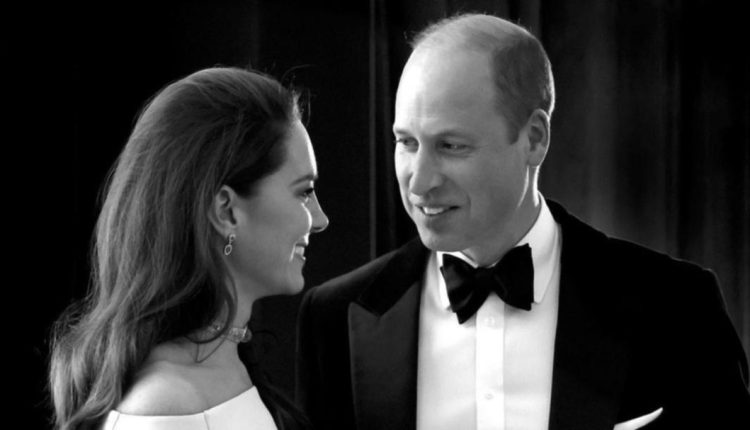 Prince William and Catherine, Princess of Wales have shared a series of “behind-the-scenes” shots of the couple taken from the Earthshot Prize awards ceremony.

Fans could not help but marvel at what they are calling “loved-up” pictures as the Wales’ supported each other through the event.

WATCH THE VIDEO ABOVE: Prince William’s message to the world.

The Earthshot Prize awards ceremony, which took place on December 2, saw the prince give a speech to announce the winners at the MGM Music Hall in Boston.

In the first black-and-white photo, William and Catherine stood side-by-side, gazing and smiling at each other as the heir to the British throne held onto his speech.

In two other shots, William was pictured waiting with his arms folded in front of him, while another saw Catherine walking onto the stage.

In the final photo, Catherine stood to the side of the stage clapping her husband on as he announced the winners.

The prince awarded over $A8 million to five entrepreneurs from around the globe who are spearheading ground-breaking solutions to repair and regenerate the planet.

The photos were posted on all forms of the Prince and Princess of Wales’ social media.

“Behind the scenes at the second annual #EarthshotPrize awards ceremony 🌎🏆,” the caption began.

“Celebrating brilliant solutions and the inspiring people behind them!”

Fans were quick to praise the beloved couple as the “definition of class and grace”.

“I can’t stop smiling every time I see this match made in heaven,” an Instagram comment said.

“They don’t have to be touchy-feely to show their love and respect for each other ❤️” added another.

“The way they look at each other is so ❤️❤️❤️” a Twitter user said.

Sharing another behind-the-scenes shot of the Wales, one Twitter user remarked how it is “so sweet that he still makes her laugh like this”.

A comment read: “Aw I love their look of love.”

Meanwhile, others could not help but acknowledge the elephant in the room, the upcoming docuseries Harry & Meghan.

“They are so loved up despite everything going on. Stronger as one,” one tweet said.

“Quiet dignity and professionalism during what must be difficult times for them- admirable,” added another.

“They are fantastic! And then you have their siblings trying to destroy them … So sad,” a third wrote.

Relations between the former “fab four” – The Prince and Princess of Wales and Prince Harry and Meghan, Duchess of Sussex – have been tense since the Sussexes stepped back as working royals in 2020.

In the first teaser of the documentary, released last week, Netflix made reference to the fragile relationship between the two couples with a glass-shattering sound effect between a teary photo of Meghan and a “stern” shot of Catherine.

In the full trailer released on Tuesday, it appears videos of Catherine hiding from the paparazzi have been used to demonstrate a point about privacy and a “war against Meghan”.

Also used was a photo of Catherine standing stoic at a remembrance day service in 2021 with a headline from Life and Style on December 20, 2010.

WATCH THE VIDEO BELOW: New trailer for Netflix’s Harry & Meghan.

The headline read: “Princess in crisis”.

In a voiceover over the vision, Prince Harry said, “The pain and suffering of women marrying into this institution, this feeding frenzy”.

Reportedly the use of Catherine in the trailers is something that left her friends “sickened”, a close source told Mail+.

“The use of William and Catherine and the image and the way it’s presented, my goodness,” royal expert Richard Eden told the publication.