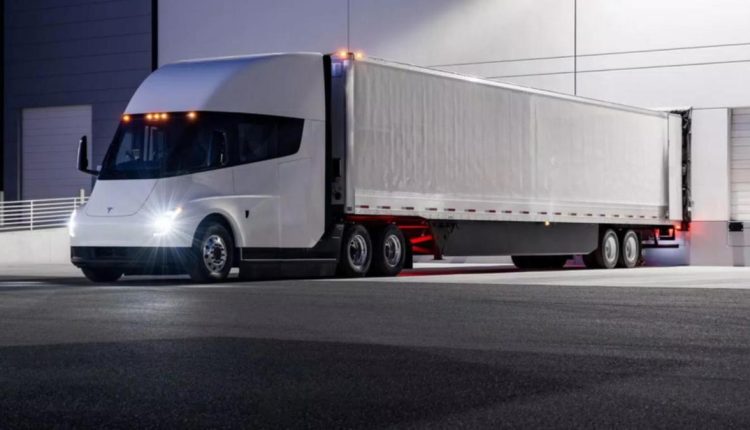 Tesla is taking the Pepsi Challenge, with the first examples of its long-awaited Semi going to the soft drink giant before the end of the year.

CEO Elon Musk confirmed on Twitter the Semi has started production, and first deliveries of the vehicle will go to Pepsi on December 1.

The soft drink company announced it was buying 100 examples of the Semi back in December 2017, just a month after the vehicle was revealed.

While he didn’t tweet a picture of the production line or a finished vehicle, Musk reiterated it’ll have a 500-mile (805km) range and be “super fun to drive” – not that the latter is typically a high priority for buyers of heavy trucks.

The company has yet to confirm battery specifications or power and torque outputs for the Semi.

Earlier this year, Tesla removed pricing information for the Semi from its website and closed pre-orders, though it did share more information about the vehicle.

A visit to Tesla’s website now reveals only a Get Updates button in place of the previous option to place an order.

While the range figures remain the same – 483km or 805km – Tesla now notes the Semi has three electric motors on the rear axles, not four as was previously announced.

It does the 0-60mph (0-96km/h) dash in 20 seconds, and can do the “highway speed limit” up a five per cent grade – though Tesla previously stipulated on its website 60mph up the same grade.

Tesla says it uses less than 2kWh of energy per 1.6km even when fully loaded with an 82,000lb (37,200kg) gross combination weight, and can be charged up to 70 per cent in 30 minutes using what the company is now calling its Tesla Semi Charger.

Tesla recently published additional pictures and video of the Semi, and its appearance remains much the same as what was initially promised.

That includes the cockpit, which feature a centre-mounted driver’s seat with two large free-standing touchscreens flanking the steering wheel and angled towards the driver.

The wheel itself has received an update with what appear to be touch-capacitive buttons. While Tesla hasn’t put a yoke in the Semi as it has with the Model S and Model X, there don’t appear to be any conventional stalks.

The centre console has also been restyled. Instead of three cupholders in a row, there appear to be two wireless phone chargers, while the cupholders have been pushed further back and to the side.

The Semi was revealed all the way back in 2017, with plans to start production in time for 2019 deliveries.

It was revealed at the same time as the second-generation Roadster, another model that has yet to reach production.

The company has been touting the long-awaited truck as being safer and cheaper to run than a conventional diesel truck, with fewer moving parts to maintain and less time required at a service centre.

Tesla has never produced a heavy truck, which poses a challenge for the company.

The Freightliner eCascadia from Daimler Trucks offers a choice of 194kWh, 291kWh and 438kWh batteries and a claimed range of either 249, 354 or 370 kilometres.

Its Detroit ePowertrain is available in either single- or dual-motor configurations, the former with 143kW of power and maximum torque of 15,600Nm and the latter with 294kW and 31,000Nm.

Volvo’s FM and FH electric trucks offer up to 540kWh of battery capacity, with the FM offering up to 380km of range.

They feature 2-3 electric motors, with claimed continuous power of up to 490kW, and support DC fast charging at up to 250kW.