Summer days are almost here – so what can we expect from the weather? 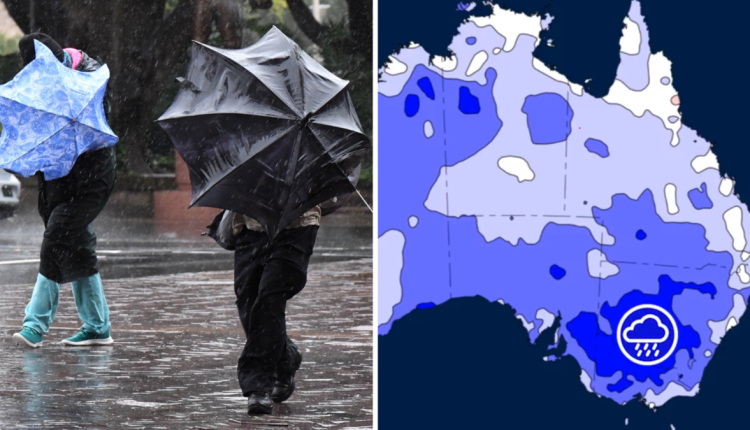 It’s tipped to be yet another soggy summer for much of Australia’s east coast – but the west can expect drier than usual conditions.

The Bureau of Meteorology has released its long-range forecast for this summer.

It predicts a greater than 60 per cent chance of above-average rainfall on the east coast from December to February.

“It’s likely to be wetter than usual along Australia’s east coast – particularly coastal NSW, most of Victoria, large areas of Queensland and northern and eastern Tasmania,” the Bureau said.

“In eastern Australia, any significant rainfall has the potential to lead to widespread flooding where rivers are already high, dams are full, and catchments are wet.

“Above-average rainfall also increases the risk of landslides and tree falls in areas of steep terrain and very wet soils.”

Nights are expected to be warmer than usual across the tropical north and in some southern areas, including Tasmania.

Summer days are also likely to be warmer than average across most of WA and the Northern Territory, north and central Queensland coastal areas, and parts of the south including Tasmania.

However, cooler days are likely for most of NSW, parts of southern Queensland and Victoria.

“Vegetation growth after above-average rainfall can lead to a risk of grass fires,” it said.

This summer, the Bureau warns there is also an increased risk of:

“The negative Indian Ocean Dipole event is weakening and will likely come to an end by early summer, while the La Niña in the Pacific Ocean may start to ease in early 2023.”

Aussie mum’s little-known hack to save $80 on your next Woolies shop: ‘It works’