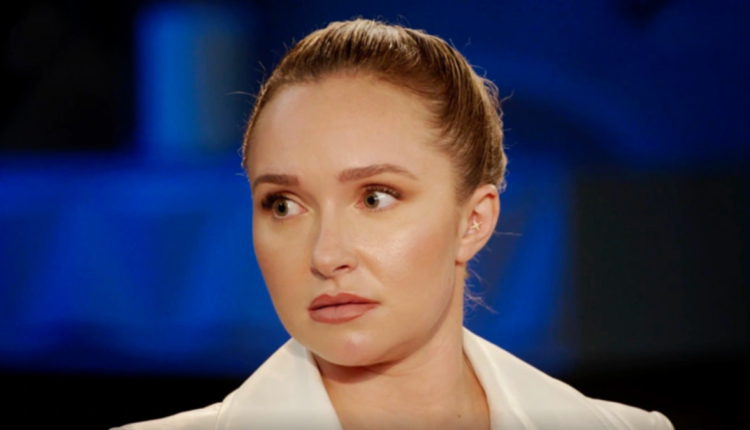 US actor Hayden Panettiere has opened up on the “horrifying” consequences of relinquishing full custody of her daughter as she battled a drug and alcohol addiction.

In a new episode of Red Table Talk, Panettiere said she was struggling with substance abuse issues in 2018, when the decision was made.

WATCH THE VIDEO ABOVE: Hayden Panettiere heartbroken after relinquishing custody of child

During the Red Table Talk interview, Panettiere, 33, went into detail about an alleged phone call she had with Klitschko, 46, that was deeply upsetting.

“I remember her dad calling me and he said, ‘Kaya is going around and asking other women if she can call them Mommy,’ and my breath hitched and my heart stopped, and he was laughing,” she said.

“He thought this was funny, and this was horrifying to me.”

“I said immediately, ‘Can I talk to my daughter?’

“And when I asked her about it she went into ‘goo goo gaga’ speak. Like, just talking gibberish.

“I never before ever heard her do that.

“It was a trauma that she was experiencing, me not being around.”

Panettiere said giving up custody of her daughter was “the hardest thing I could do.”

“But the best thing for my daughter was to make sure she was OK, take care of myself, and make sure I could be a good mum to her.

“And sometimes that means letting go.”

Klitschko, a former boxing champion, is now fighting for his home country of Ukraine in the war against Russia.

However, Panettiere previously made it clear on social media that her daughter was “safe and not in Ukraine”.

The actress, however, has said she feared for her daughter, given they now had little connection with each other.

“As much as I have tried to explain how much she needs her mum and how it’s going to rear its ugly head later when she is older and it could turn into anger, depression, whatever it is, but it’s going to be a trauma,” she said.

“You can explain it to somebody who doesn’t understand that consequence or doesn’t believe it, until you’re blue in the face.”

Panettiere also opened up about her years of alcohol abuse and her struggle with severe postpartum depression after giving birth to Kaya, a subject she has touched on before.

The more open I was, the more acceptance I got from people,” she told Yahoo Style in 2016.

“I got so much support and so much love.

“I was floored. I feel much more exposed, yes, but in a great way.”