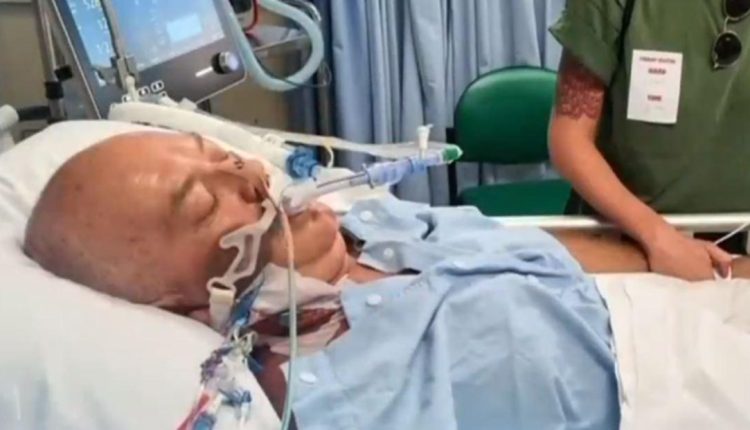 A Perth swimmer attacked by a shark in the Swan River has returned to the water two years on from the day that left him fighting for life.

Cameron Wrathall was swimming near Bicton’s Blackwall Reach on January 14, 2021, when a 3m bull shark attacked him with such force it broke his hip and left him with critical wounds.

WATCH THE VIDEO ABOVE: Cameron Wrathall returns to Swan River.

Wrathall, a father of two, was left with huge scars from the bite and the pain he feels every day is a constant reminder of the moment he was savaged in the Swan, the first attack in the river in 50 years.

“I had a very clear thought that I had to get this off me before it killed me,” he said, and he was right.

The predator took a gaping bite from Wrathall’s leg, severing nerves, muscles and tissue, with the sheer blood loss stopping his heart.

Hero paramedics and the state’s top trauma team at Royal Perth fought to keep him alive.

“I feel incredibly lucky. I’m very grateful to be alive,” he said.

Medical experts say it is “remarkable and quite extraordinary” the swimmer was able to keep his leg, although Wrathall revealed he “can’t feel my foot at all” and can “barely” feel his calf.

After months of learning to walk again he was back in the pool, while Thursday’s dip in the Swan was just his third in the river since the attack.

He said there were no nerves, just the thought of how “beautiful” it was.

Prior to the attack, Wrathall’s life revolved around the water. He was a casual lifeguard and pool manager, but he hasn’t been able to work since.

Now he’s embarking on a new career as a motivational speaker, focusing on resilience, overcoming trauma and acceptance.

“Everyone’s going through something. If in any way I could help people, I would like to do that,” he said.