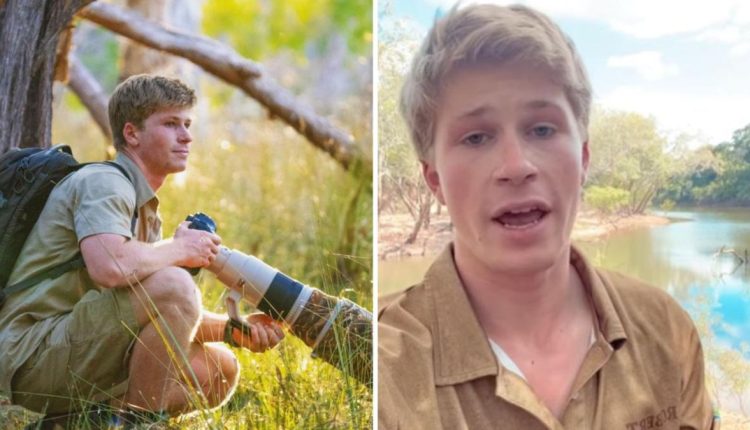 Beloved conservationist Robert Irwin made a big announcement just one day after his close call with a ‘bitey’ snake on Sunrise.

Taking to social media, Irwin revealed he has published a book showcasing his photography called “Australia”.

He called it a “proud moment” and a “passion project” that had been years in the making.

“It pays homage to and encapsulates my journey behind the lens,” Irwin explained.

“For the first time, I’ll delve into what makes photography so special to me and reveal the profound connection that it has to conservation and to my dad’s life and legacy.”

The profits of the book go directly towards wildlife conservation.

Irwin has previously spoken about how his father – The Crocodile Hunter Steve Irwin – also shared a passion for photography.

“A lot of people didn’t realise Dad was an incredibly passionate photographer,” he previously said.

“He was amazing behind the camera just as much as he was in front of the camera.

“I think part of my love for photography is genetic.”

Also genetic appears to be Irwin’s easy confidence with animals.

On Thursday, he was unfazed by a very close call with a huge and ‘bitey’ snake live on Sunrise.

Irwin had been joined by weatherman Sam Mac for a live cross at Australia Zoo – during which Irwin introduced viewers to two diamond pythons in his arms.

Just as he described one of the pythons as “bitey”, one of the reptiles started veering off in the wrong direction – making a beeline for Irwin’s shorts.

“He’s having a little look that’s all good,” the wildlife warrior said as he directed the snake’s head back towards his chest.

The near miss caused much hilarity in the Sunrise studio.

“I feel like I’m hallucinating right now,” Sam joked to the camera. “Robert Irwin just throwing a snake on me”.